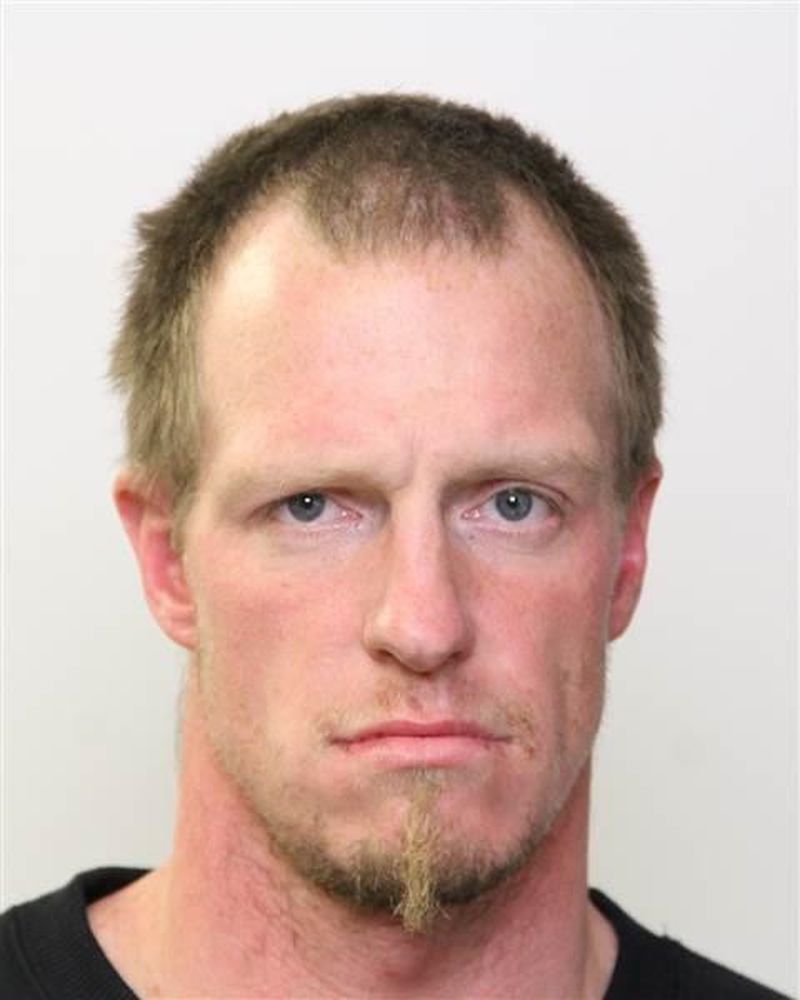 Toronto police are looking for Joshua Lenz, 32, in connection with an incident at Crescent Town apartment building. Police warn he should not be approached, and anyone who spots him should immediately call 9-1-1.

Toronto police have released a photo of man wanted in connection with a break-in and an assault at an apartment building in the Victoria Park Avenue and Crescent Town Road area.

According to police, a man entered the building on Friday, Dec. 14 at approximately 10:11 p.m. and stole a fire extinguisher which he then used to spray a hallway. The man then allegedly broke into an apartment, went to the entrance of a bedroom and sprayed a woman and two children with the extinguisher, police said.

The man then fled the building, police said.

Joshua Lenz, 32, of Edmonton is being sought by police on charges of assault with a weapon, break and enter, two counts of mischief and theft.

He is described as five-feet, 11-inches tall, with short brown hair, a light beard and blue eyes. He has a tattoo of a spider web on his right hand. He was last seen wearing a black leather jacket, a grey puffy jacket, dark pants with a white stripe down the side and light-coloured footwear.

Police are warning members of the public that he is considered to violent and dangerous, and should not be approached. Anyone who spots him or has information on his whereabouts is asked to call 9-1-1.