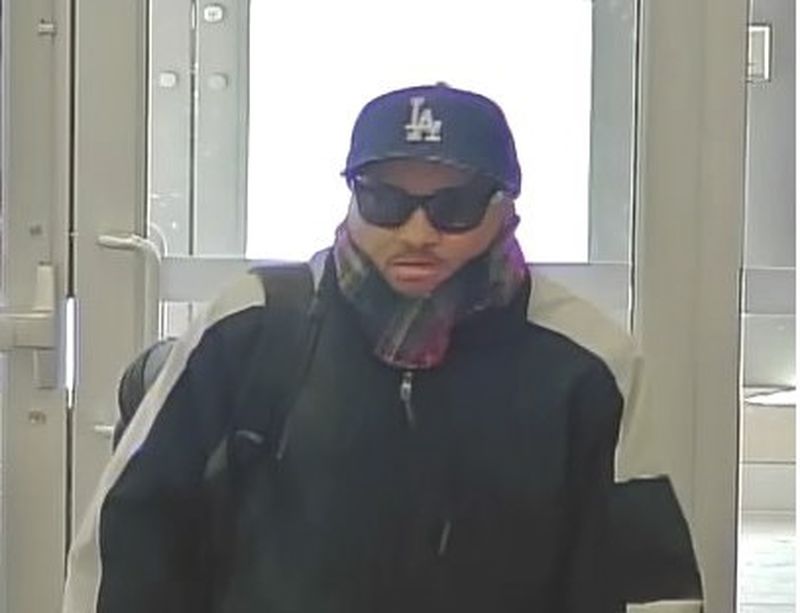 Toronto police have released a security image of this man, dubbed the LA Bandit, wanted in connection with a series of bank robberies.

Toronto police are seeking the public’s help identifying a man they have dubbed the LA Bandit who is wanted in connection with a number of bank robberies across the province, including one in the Victoria Park Avenue and Kingston Road area.

According to the Toronto police hold-up squad, the man is believed to be responsible for a series of five financial institution robberies in Toronto, Durham Region and London over the past year.

On Wednesday, Dec. 5, police released a number of photos of the suspect and a photo of car that they believe may have been used in the robberies.

The suspect has been called the LA Bandit by police because he wore a blue LA Dodgers baseball cap during a robbery of one of the banks. He also wore a dark sunglasses and a scarf around the lower portion of his neck to conceal his identity, police said. In one of the robberies he was carrying a blue backpack, and indicated that he had a gun in it.

The suspect is believed to have been driving a white two-door Mazda CLA 250 (model years 2014-2016 during a robbery that took place in London in May, police said.

The suspect is described by police as having a light brown complexion, 25 to 35 years old, with dark facial hair.

He is being sought in connection with five robberies that took place in April and May of this year.

Those robberies included a bank in the Victoria Park Avenue and Kingston Road area on Saturday, May 26 at 3:15 p.m.

Other robberies police allege the man is responsible for include one on April 7 at bank near Yonge Street and Wellesley Street West in Toronto; one on April 12 on King Avenue West in Newcastle; one on May 16 near Bloor Street West and Spadina Avenue in Toronto; and on May 18 near Oxford Street East and Richmond Street in London.