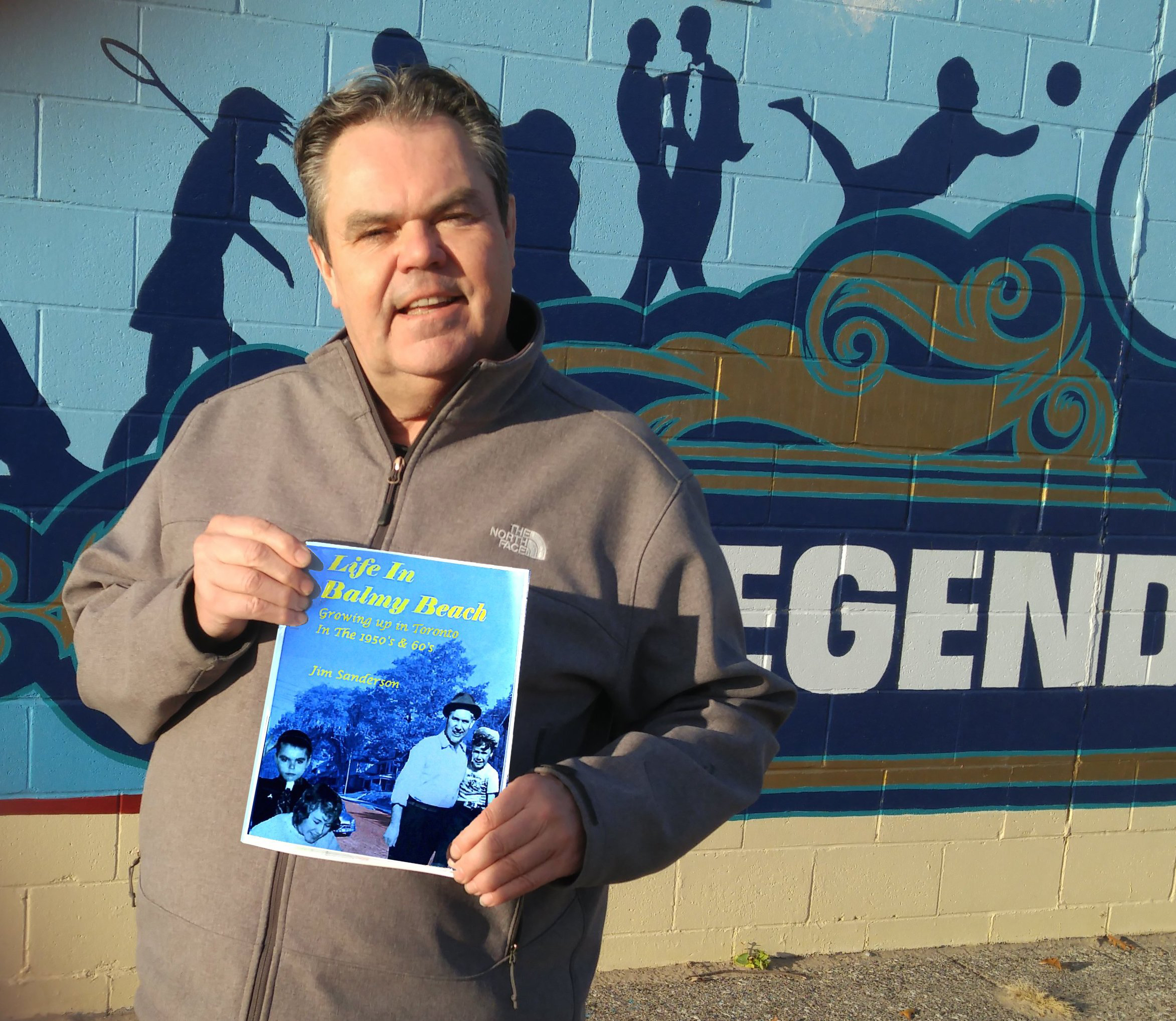 After enjoying his childhood growing up in the Beaches, an author set out to share his life with the world through his newest book, Life in Balmy Beach.

Jim Sanderson, 66, spent the majority of his younger years in Toronto’s Beach district during the 1950s and 1960s. Although the memories happened long ago, Sanderson recalls almost every detail.

After telling the stories to friends and peers, he realized that more and more people related to the tales, and this inspired his motivation to write the book. The book is a sequel to his past work Toronto Island Summers.

Sanderson explained that the times from then to now are very different, but that it’s important to recognize the growth and change.

“We had a lot of freedom. We could basically jump on our bikes and ride all over the place whenever we wanted and go down to our forts on the ravine. We could go and eat lunch at somebody’s house and go play hockey,” Sanderson said. “It was very loose and casual. There was very little fear.” The book will feature a variety of stories from good and playful ones to even intense and stressful memories.

Sanderson touched upon the effects of the Second World War and The Korean War during those years as well. This added to the fact that not all the memories were happy ones. However, most of them were.

Sanderson described one of his favourite memories – ‘firecracker day,’ which is also featured in the book.

“Firecracker day was the greatest holiday of the whole season – of the whole year!” he said. “We would go and buy firecrackers and we would walk around with the pockets of our shorts filled with firecrackers. We would throw them all over the place. We’d go down to the peer and throw them in the water. It was just amazing.”

Sanderson also has a background in writing. Besides books, he formerly wrote for the Fast Forward section in the Toronto Star, and writes screenplays in his spare time.

Books will be available to purchase at Coles and local bookstores by early December as well.

In the meantime, they can be ordered on Amazon and other online sellers, or on his personal website torontoislandstories.com