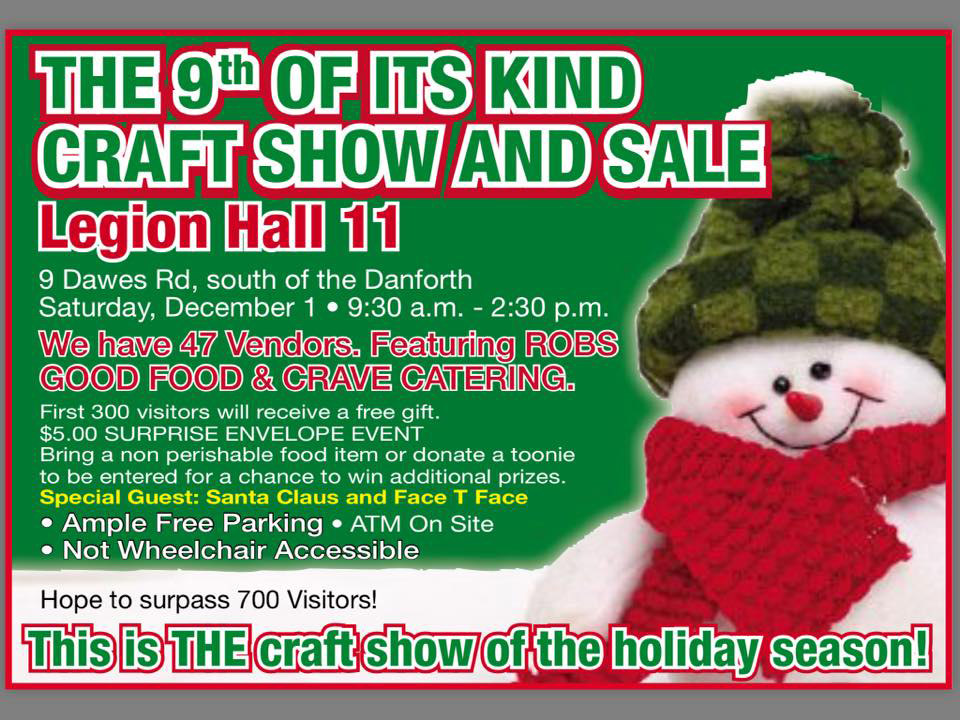 A Beaches woman plans to fulfill her passion for giving back to the community through an annual food and craft show this Saturday.

The show will feature vendors selling products, food, prizes, and a visit from Santa Claus.

Vicky Tsorlinis has been in charge of craft shows for more than nine years. She was formerly the treasurer and primary fundraiser for the home and school council at Malvern Collegiate.

After her children graduated from the school, however, the excitement for the craft show seemingly died down. Now, with the help of retired principal Diane Sharpe, the duo is bringing it back to the community.

“The motivation really came since it was two-fold. The idea was, ‘Yes, I want to give back to my community, but how can I give to the community and still get something in return?’” Tsorlinis said.

Funds raised at the show are given to community causes and charities.

This year, the 9th of its Kind Craft Show is raising money for Emily’s House and the Philip Aziz Centre for Hospice Care. Both organizations support housing specifically for children and families facing life-threatening illnesses. Tsorlinis also added that the possibilities for an impact are endless once a simple contribution is made.

“You realize that it doesn’t have to be millions and millions of dollars to make a difference,” she said. “When you’re dealing with children who are dying, the most important thing to them and their families is your presence.”

Along with these two causes, funds raised will also go to a variety of other local charities and programs. These will include Toonies for Tummies, Community Centre 55, and into Legion Branch 11.

As for future plans for the event, Tsorlinis revealed that a spring craft and food show will be held in 2019.