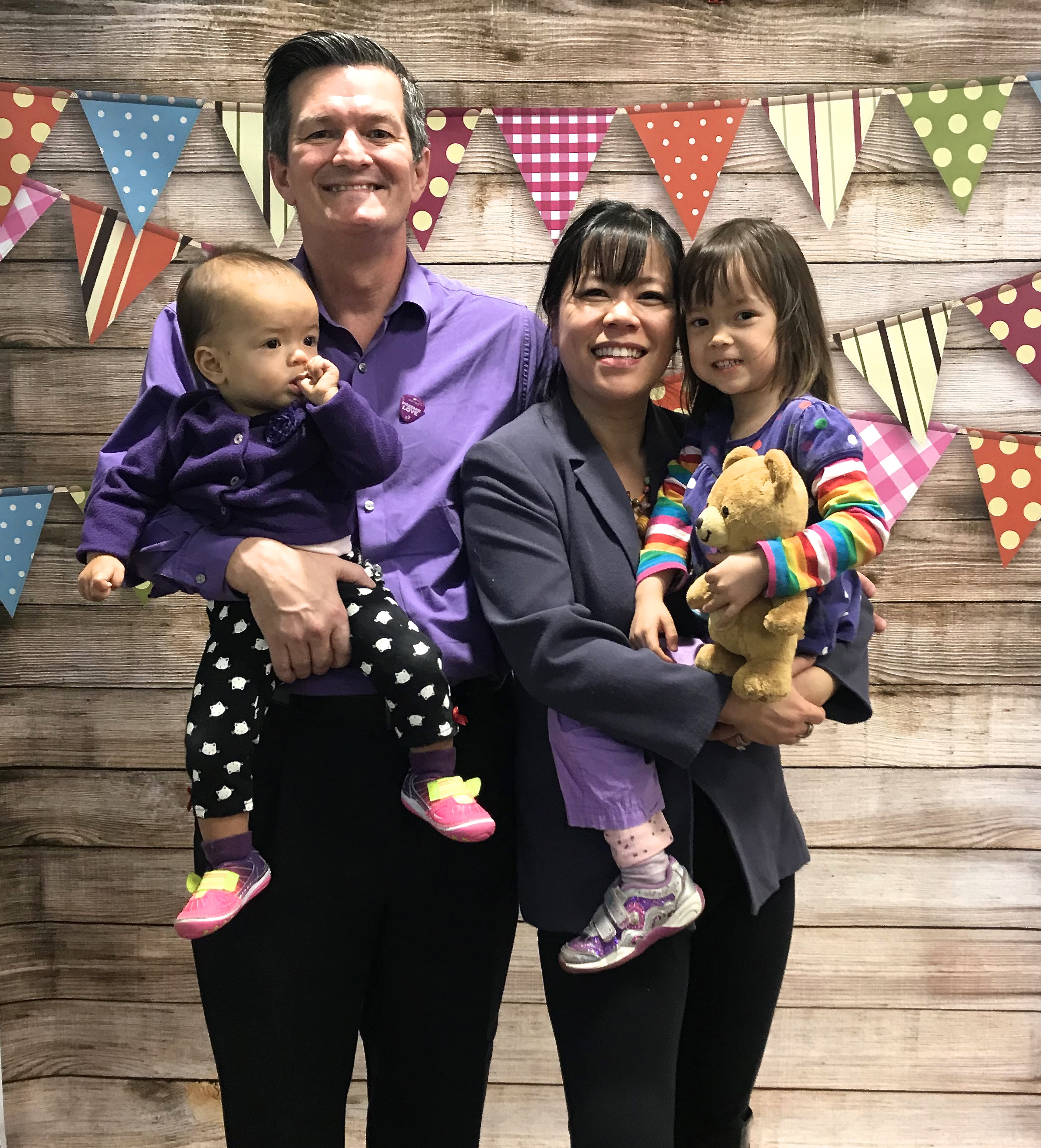 Shelly Darling, acting Director of the Maternal, Newborn, Child Program welcomed parents to the Saturday, Nov. 17 event to celebrate the milestones achieved since parents have left the hospital with their children. Many of those same parents have also been instrumental in providing help and support within the program at Michael Garron.

Michael Garron’s Chief of Paediatrics, Dr. Celia Atkinson, explained the event was created in Europe in 2008 by parents of preemies, but didn’t become officially recognized internationally until 2011.

MGH is a Level 2 Neonatal Intensive Care Unit (NICU) managed by Dr Atkinson. “Our hospital has a five per cent rate of births that are premature,” she said. “The number may sound small but preemies consume the most attention and resources. This is significant day as it’s the hospitals first year recognizing World Preemie Day — we want to celebrate the successes and provide a level of social support.”

The Chief of Paediatrics did her residency at Toronto’s Hospital for Sick Children and continues to work in their Clinical Metabolic’s and Genetics division; this in tandem with being at MGH for almost 10 years as a frontline paediatrician. As of June 1st of this year, she became Medical Co-Director of Maternal, Newborn and Childcare while being her department’s acting chief.

She said being the parents of a prematurely born baby can be extremely stressful in the days immediately following the birth.

“PTSD (Post Traumatic Stress Disorder) is commonly associated with veterans but not unusual to see families re-experiencing events from the NICU as it’s an extremely stressful situation,” she said.

MGH is hoping to lessen the traumatic experience and stress of premature births with the help of the Canadian Premature Babies Foundation (CPBF).

The foundation began in Edmonton 2012 by mother of twins Katerina Staub, who noticed a gap in support and recovery. The foundation provides micro-grants and educational material for families in more than 10 languages.

Fabiana Bacchini, the Executive Director of CPBF, was in attendance at the Michael Garron event to help raise awareness. “Fifteen million births worldwide are premature which averages to 1 in 10 infants. In Canada 1 in 12 babies are premature,” she said.

Celebrating 10 years of World Preemie Day in more than 60 countries, CPBF promotes less focus on pharmacology and more on mindfulness, all while providing peer to peer support. “Many monuments get lit up in purple” Bachhini said, from the CN Tower to Nathan Phillips Square on Nov. 17. CPBF said purple is the colour used to represent premature births because; purple is a sign of cyanoses and oxygen deprivation which is extremely common in premature babies.

Project Sunshine Canada was also at MGH during the World Preemie event as an international not for profit charity that mobilizes volunteers to run educational wellness and social programming for children and their families in the health care environment.

Program Co-ordinator and Volunteer Manager Sara Abraham, spoke to how the project was founded in 1998 with free programs such as crafts, massages and a new Caregiver Wellness Program which will be coming to MGH by 2019.

“When a child is in crisis the whole family is affected; we want to bring stress relief and comfort to the community while bringing self-care into the hospital,” Abraham said.

Joanne Fong and Jonathan Foster, are parents to four-year-old Ammarah who was born premature at 27 weeks weighing only two pounds five ounces; and Kalea now 16 months and was born at 31 weeks weighing three pounds. A normal pregnancy is 40 weeks give or take, and both daughters were in a Level 3 NICU’s for the beginning of their lives.

Level 1 NICU’s are for healthy babies who are discharged within 24 hours, Level 2 like MGH usually monitors babies 30-32 weeks old for jaundice or infections, and Level 3 NICU’s are for the most severe cases of premature births under 30 weeks, or babies with surgical complications.

“We recognize the need for support as I work in the social services sector, I have a first hand look at the need for mental health support in a time of crisis. I began to see a grey area between medicine and emotional support and I aim to ease fear while helping parents transition from a level 3 NICU,” said Joanne.

When thinking of a standard pregnancy most people think of babies being plump, happy and healthy—having that process interrupted is something you cannot prepare for.

“I help navigate the system” she continued, “some families need more assistance with mental health and I assist them with support and advice about self-care. We touch on five important topics which spell NURSE: nourishment, understanding, relaxing, self-knowledge, and exercise.”

She also mentioned using resources such as VHA Home HealthCare which acts as a parent relief program, and discharge planning— as transitioning from hospital to home can require assistance.