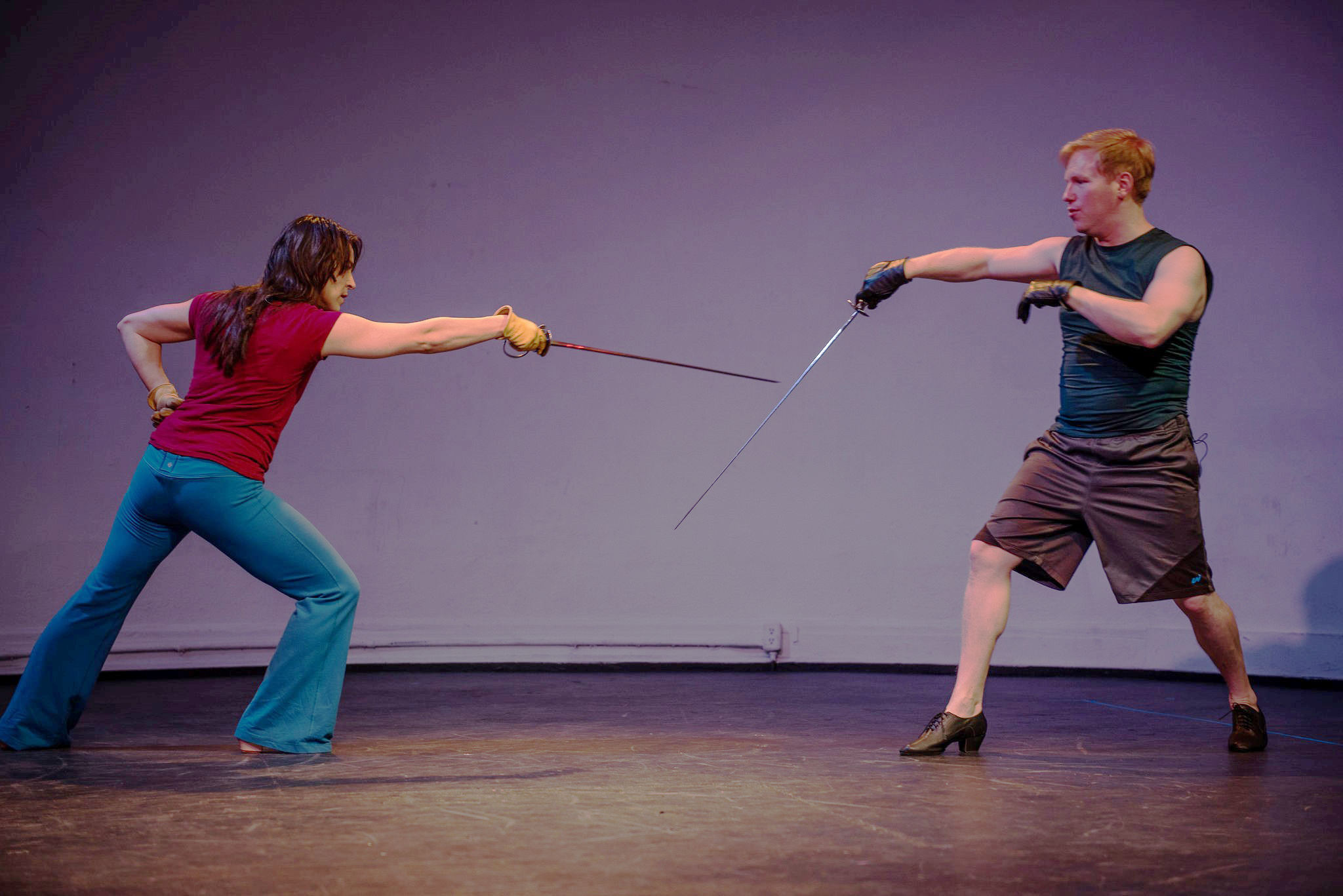 Siobhan Richardson, and Andrew Hodwitz will appear in Why We Fight, an examination of society's relationship with violence, to be staged this weekend at the Redwood Theatre on Gerrard Street. Photo by Dahlia Katz

Why are we drawn to violence in movies, sport and video games but repulsed by it in real life?

At the world premiere and simulcast performance of Why We Fight this weekend, the audience will be encouraged to examine society’s paradoxical relationship with violence.

The first-ever performance, presented by Crux Encounter Productions, is having three shows at the Redwood Theatre, 1300 Gerrard St. E. on Saturday, Nov. 17, and Sunday, Nov. 18. The performances will also be simulcast worldwide so the show can be watched from anywhere.

The play is a “new movement-based anthology” that will depict storytelling through martial movement starting from the French Baroque era, all the way to a scene in a modern dojo.

Society has a binary view of violence: they either see it as abhorrent or as entertainment, explained Siobhan Richardson, who is the general manager of Crux Encounter Productions as well as the performance’s co-creator, director, actor and choreographer.

“Let’s kind of double click and zoom in and see what else we can discover and discern about a human’s relationship to physical conflict,” she said.

Through the art of stage combat, the audience will have a unique opportunity to explore aggression and violence in a different context than in Hollywood action movies, video games or professional sports. Through this new lens, the producers hope to create new conversations around society’s relationship to violence and ponder on questions such as, “what about us still wants to connect to violence?” Richardson said.

Stage combat, like dancing, is a performance art. Actors perform violence to facilitate the feeling of being hit, but they never actually hit each other. If they do, it is choreographed and controlled.

“We’re doing an illusion, like a magic trick for the audience. So, the audience will have a visceral experience of what it would be like to be in combat while the actors themselves stay completely safe,” said Jade McRae, Crux Encounter Productions other co-owner and director/actor of the performance.

Other than provoking different discussions around violence, co-creators Richardson and McRae hope to showcase the art of stage combat through their co-owned production company and create new opportunities for stage combat fighters in the entertainment industry.

“Just as a musical would focus on song and dance, this production is putting more focus on people’s fighting skills,” said Richardson.