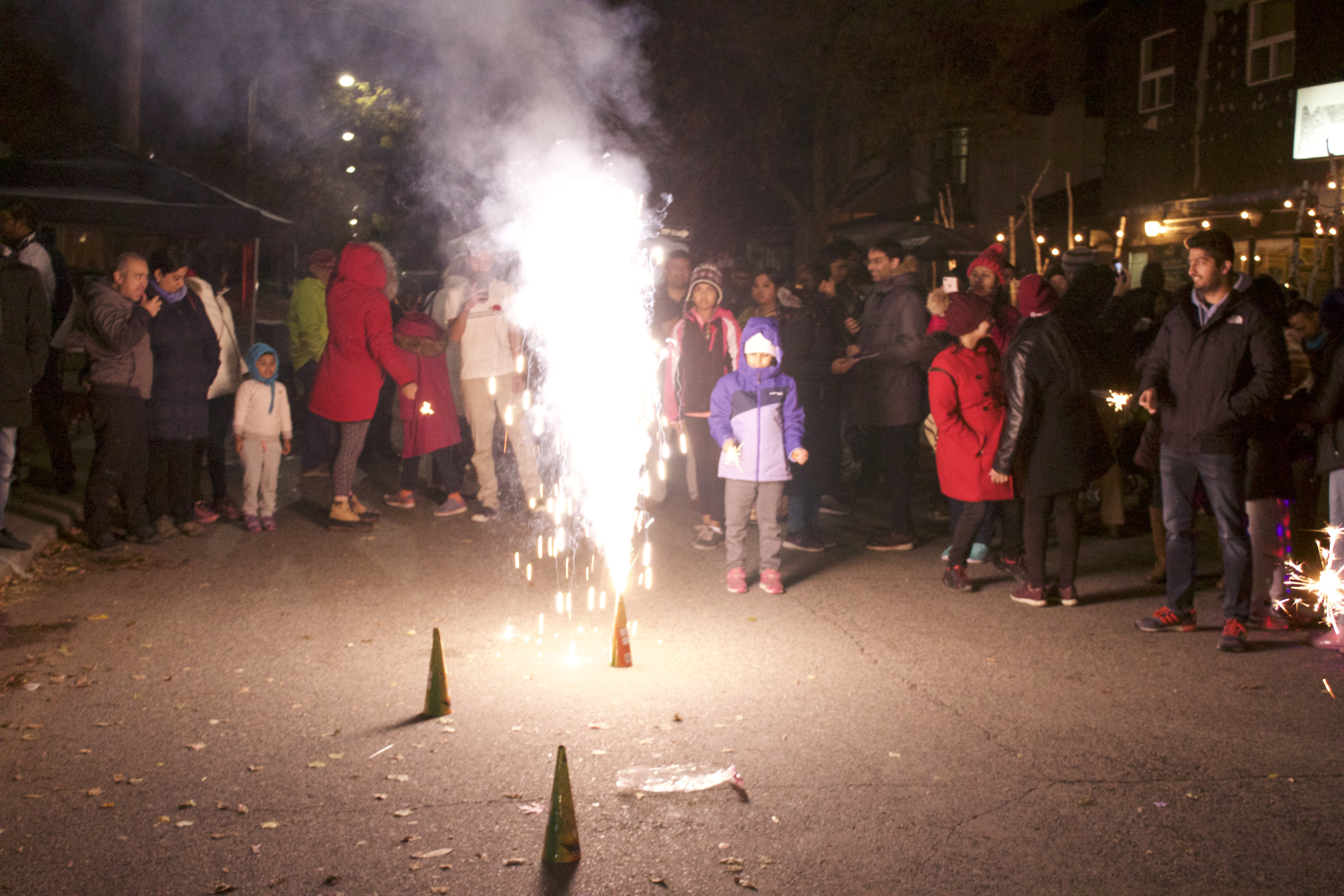 The Gerrard India Bazaar held its annual Diwali Bazaar Festival this past weekend, and the cold weather didn’t stop the crowds from coming out.

The event was held on Saturday, Nov. 3 from 6 p.m. to 11 p.m. in the Gerrard Street East and Ashdale Avenue area, and was free for all ages to attend.

The festival featured bright lights, diyas, rangolis and sparklers – all of which commemorate the festivities. As for entertainment, a live band was featured performing traditional and modern Indian songs for the crowd.

Many of those who attended celebrate Diwali every year with their families. Aparna Singhal explained that although she is used to celebrating at home, she attended the bazaar to appreciate the sense of culture and diversity.

“What’s nice is to see that it’s not just Indians out here today, that there’s people from different faiths and cultures and backgrounds also celebrating it,” Singhal said. “Part of the festivities is celebrating with anyone, it doesn’t matter if they’re from the faith or not.”

Diwali is known as the festival of lights in the Hindu religion. It marks the return of the Hindu god Lord Ram to northern India after he defeated Ravana, the king of Lanka. It is known as the victory of light over darkness as millions of lamps were lit for Lord Ram on his return. Diwali is also associated with Lakshmi, the Hindu goddess of wealth and prosperity. Many believe that Lakshmi sends her blessings to the homes of those that are clean and full of light.

Others who attended Saturday’s celebration shared their appreciation for this same diversity in our country. Judith Nalini has been living in Canada for over 50 years, and has continued celebrating Diwali even after her migration.

“Diwali is one of the main festivals we celebrate in Guyana, and after migrating to Canada with my family, it was great to discover that they celebrate it here too,” she said.

The bazaar also featured lots of shopping in the area that ranged from traditional saris and outfits to fine jewellery and foods.

Ryan Posey, a newcomer to the event, explained that he learned about Diwali from a close friend.

“My best friend celebrates it every year and he wanted to take me here to show me what it’s all about,” Posey said. “It’s amazing to learn about a culture that’s so full love and light.”