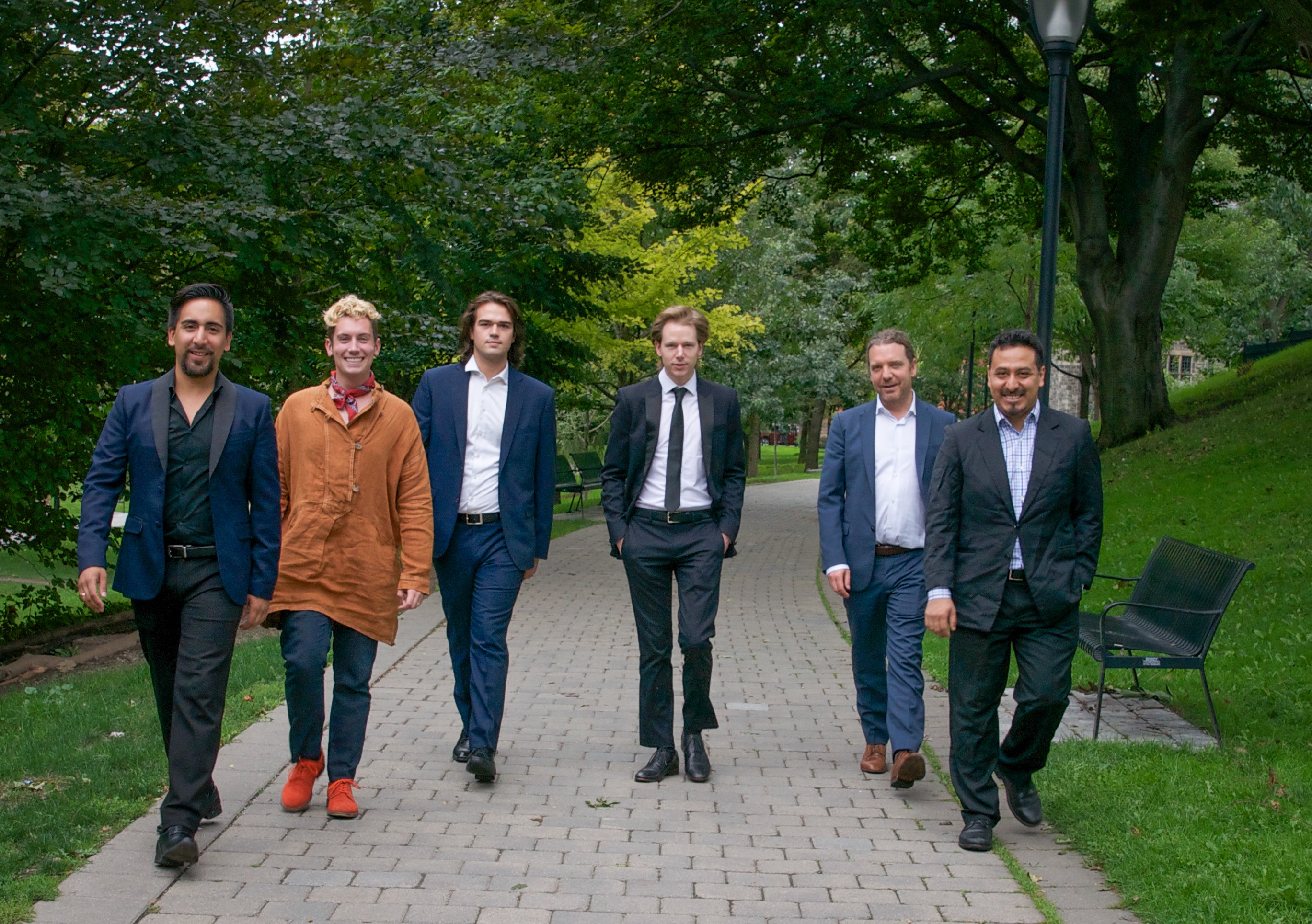 Countertenor (Noun) — of or being the highest male voice; having a range above that of the tenor.

Ever heard one? If not, now is your chance. The Kingston Road Village Concert Series (KRVCS) will kick off its 2018-19 concert series with a bang.

The Countertenor Madness concert on Friday, October 5 at 7:30 p.m. will showcase five countertenors in a one-of-a-kind extravaganza.

It is rare enough to have one countertenor roaming around, but it is almost unheard of to have five in the same concert. This is possibly one of the only times you will hear such a unique event.

Local businesswoman Mary Gore (in partnership with her husband Bob of Robert Gore and Associates) has raised the funds necessary to bring these artists to our community, even flying tenor Jesús Cortés from Mexico for the concert.

All of these singers are currently pursuing graduate or postgraduate degrees at the University of Toronto. They have been recognized for their beautiful voices across Canada and around the world. “This concert marks the first time that they have all performed together,” said Mary. “Two special guests will also be appearing as part of this wonderful evening. Mexican musicians pianist Miguel Brito and tenor Jesús Cortés will present an homage to Mexico along with César Aguilar, as part of the concert.”

It is their fervent wish that the audience will experience the musical passion that unites them as an ensemble. Less than a year ago Miguel and César met briefly in the hallway of the music faculty at the University of Toronto. Their brief exchange led to a collaboration that resulted in concerts promoting Mexican classical music.

A rather unusual circumstance led to the creation of their trio. Jesús was holidaying in Canada when, through a friend, he was introduced to César. When César found out that Jesús was also an opera singer he insisted on hearing him sing. The voice had such a special quality that César did not hesitate to introduce him to Mary Gore, the driving force behind this concert. She, in turn was so excited by the sound of his voice that she decided then and there to fly him from Mexico City for the October concert. These three musicians are excited to share their music and to show their appreciation for Canada and the many Canadians who have welcomed and supported them.

You will not want to miss this evening of glorious music. Tickets are $25 at the door or through www.countertenors.eventbrite.com