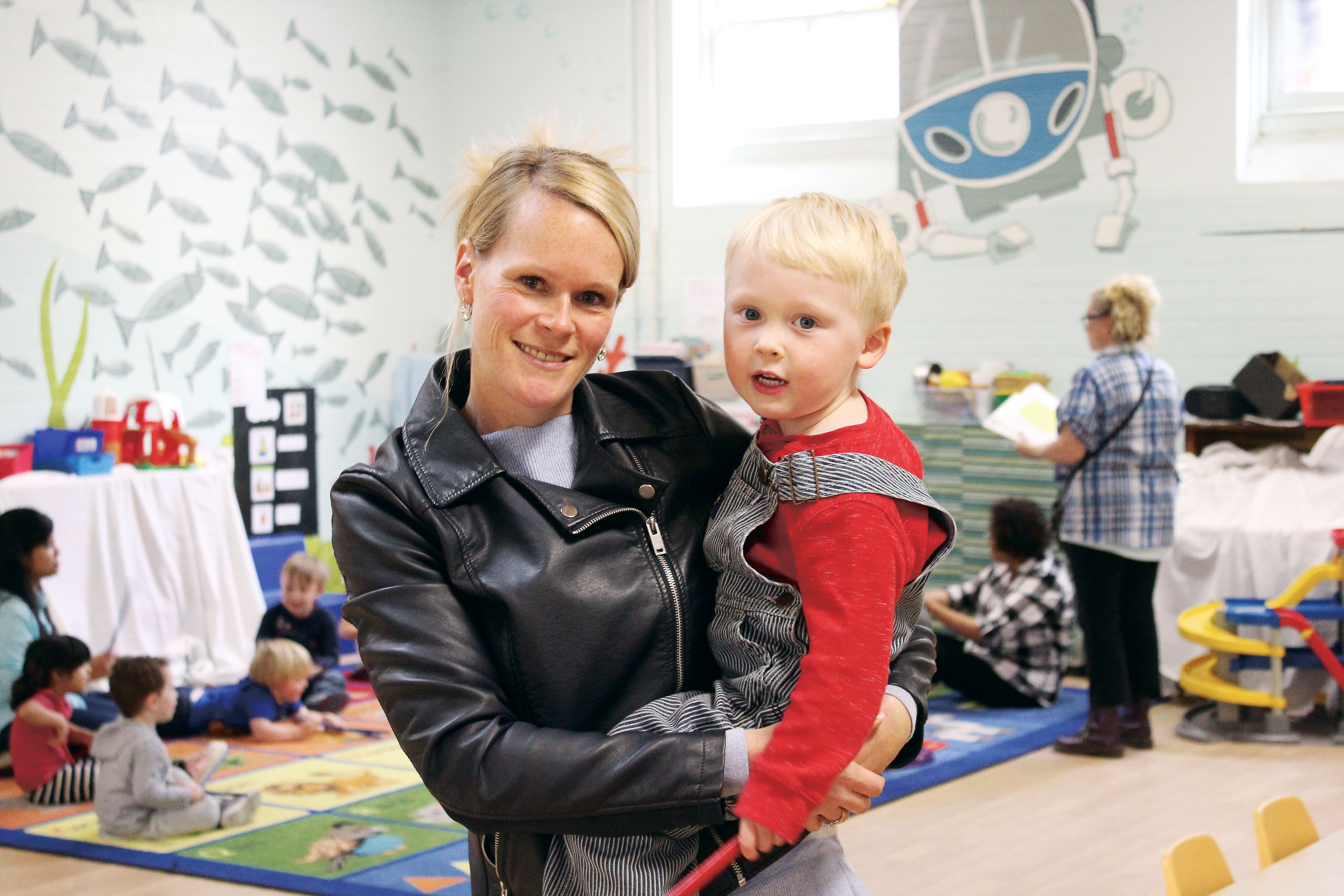 Beaches Co-operative Playschool president Jennie Record takes a break from class with her son, Sam, who turns 3 later this month and is enrolled at the school. PHOTO: Josh Sherman

The Beaches Co-operative Playschool is celebrating its 40th anniversary with a silent auction on May 26 at local pub Murphy’s Law (1702 Queen St. E.) at 7 p.m.

“It’s a casual cocktail party,” said Jennie Record, the co-op’s president, describing the event. “It’s a lot of fun,” she added. Tickets are available by emailing info@beachescoopplayschool.ca or purchasing them at the door.

At the silent auction, attendees will be able to bid on a wide range of items, including a wine package and baseball tickets, with proceeds going towards supporting the playschool.

Currently, 53 students are enroled at the preschool.

Record suggests its programming is less regimented than what is found at Montessori schools.

“This is a really nice complement [to Montessori] because it lets kids be kids, and play-based learning, there’s a ton of merit to it,” she explained.

The playschool’s curriculum is constantly changing. Every two weeks, the pre-school’s teachers switch up the programming.

One example of play-based learning would be setting up a little dishwashing station. It may not sound like much, but setting up a container of soapy water can get the children excited—and learning.

“They experience something we have in real life, but for them it’s exciting because they’re not to wash the dishes at home,” she says.

“They get to learn by experiencing, and it’s just really neat.”

“The teachers create these situations for kids to explore, investigate, and challenge themselves,” says Record, whose son Sam joined her at a class last week.