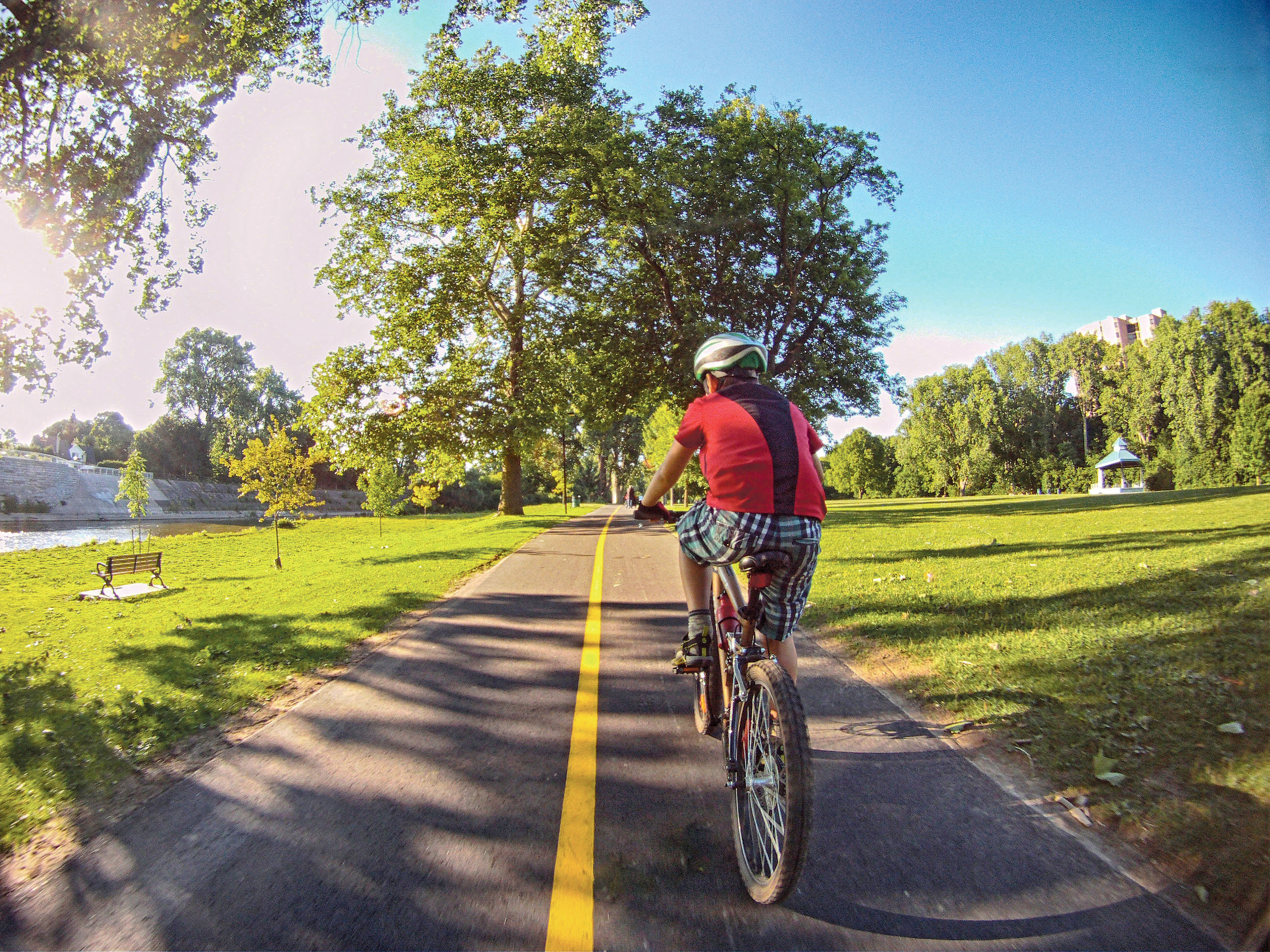 “Whenever I see a trail, I’m always wondering, Where does that go? And that curiosity has always carried me over the years,” said Roitner, an avid mountain-biking enthusiast.

The answer to that question—for more than 90 trails and counting in Ontario, anyways—can be found on Roitner’s website ontariobiketrails.com.

Now in its sixth year, the website is a way for Roitner to share his knowledge of the many bike trails that cut across the province.

Visitors to the website won’t find much in the way of bike lanes, then. The focus is on routes that are around 90 per cent off road and will take longer than 20 minutes to ride through.

Each trail featured on the website includes a review that Roitner has written, which he suggested sets his website apart from other online resources. “You can compare one place with another, and it’s from the same perspective,” he added.

Last year, 40,000 cyclists checked out the website, Roitner said, and he hopes to keep increasing his following.

“It’s like a snowball rolling down the hill. In the beginning, it’s a very small ball,” he laughed.

Although the website does include popular Toronto bike paths, such as the Martin Goodman Trail, which links the Humber Bay to the Rouge River, Roitner is more interested in showing cyclists trails that are off the beaten path.

“They’re looking to find something new that they don’t know about,” he said of the site’s visitors.

Since its inception, the website has already undergone three redesigns, and now Roitner has plans for an e-book.

“What I wish to do is eventually publish an e-book of the reviews, the photos, and some of my own maps,” he said.

“The site only makes me a dollar a day, so it’s not a money-maker by any means right now,” he continued.

“Maybe if I publish this book I can generate some revenue.”