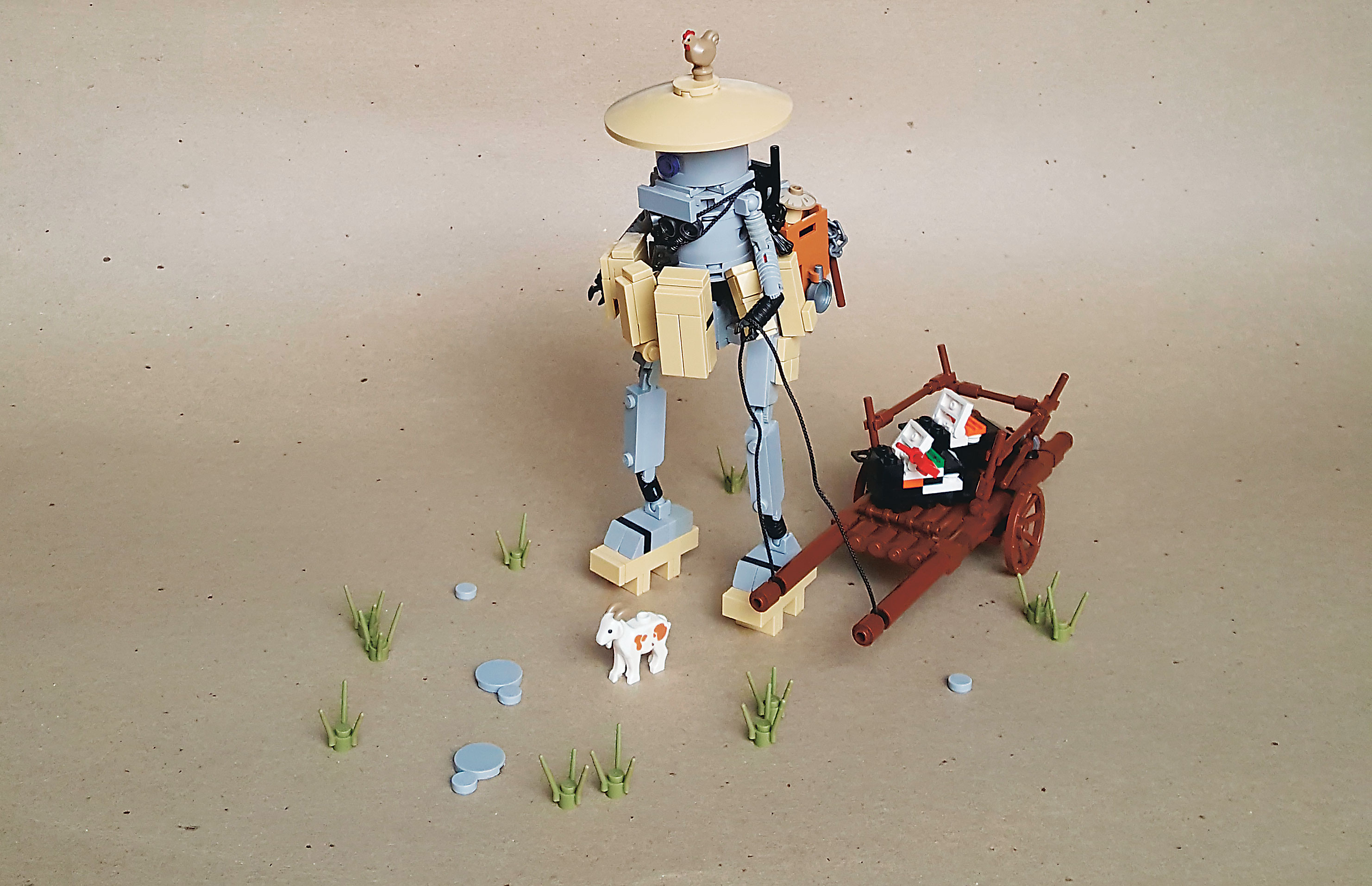 For those unaware, the initialism stands for “adult fan of Lego,” he explained over the telephone.

As an AFOL, Hayes is part of an online community that posts pictures of their latest projects to social media.

Through his Instagram account @Shttng.Brcks, the landscaper by trade has rapidly amassed more than 1,000 followers as he showcases his colourful creations online.

“I was pretty surprised,” said Hayes of the popularity.

“I suspected that it’s a pretty big world, that there would be somebody that would show interest, but I didn’t really know who or to what degree,” he added.

Like many, Hayes played with Lego as a child, but in his teen years he found other things he liked to do—sports and art, namely.

He got back into the little plastic building blocks in his twenties, though, through his cousin and a friend who also posts builds on Instagram under the name @lego_mans_.

“My buddy was a big part of it,” Hayes, who isn’t sure what has kept up his interest in Lego, exactly, said.

But it wasn’t until a local clothing designer took notice and shared Hayes’ work with his own following that things really took off.

“That’s how it gained traction,” he said. “It’s been pretty cool to say the least.”

Hayes’ Instagram account, which he started back in January, showcases his interests in robotics, sneakers, and “how we evolve and exist with technology,” he said.

The posts routinely garner hundreds of likes and scores of comments from followers. Hayes estimated he has about 160 litres of Lego bricks.

That lofty figure is based on the pair of 80-litre containers that hold his collection inside his home near Main Street and Kingston Road.

Although he has his contact info posted on his Instagram account for “inquiries,” Hayes hasn’t put too much thought into doing commissions. “Right now, it’s just a hobby,” he said.