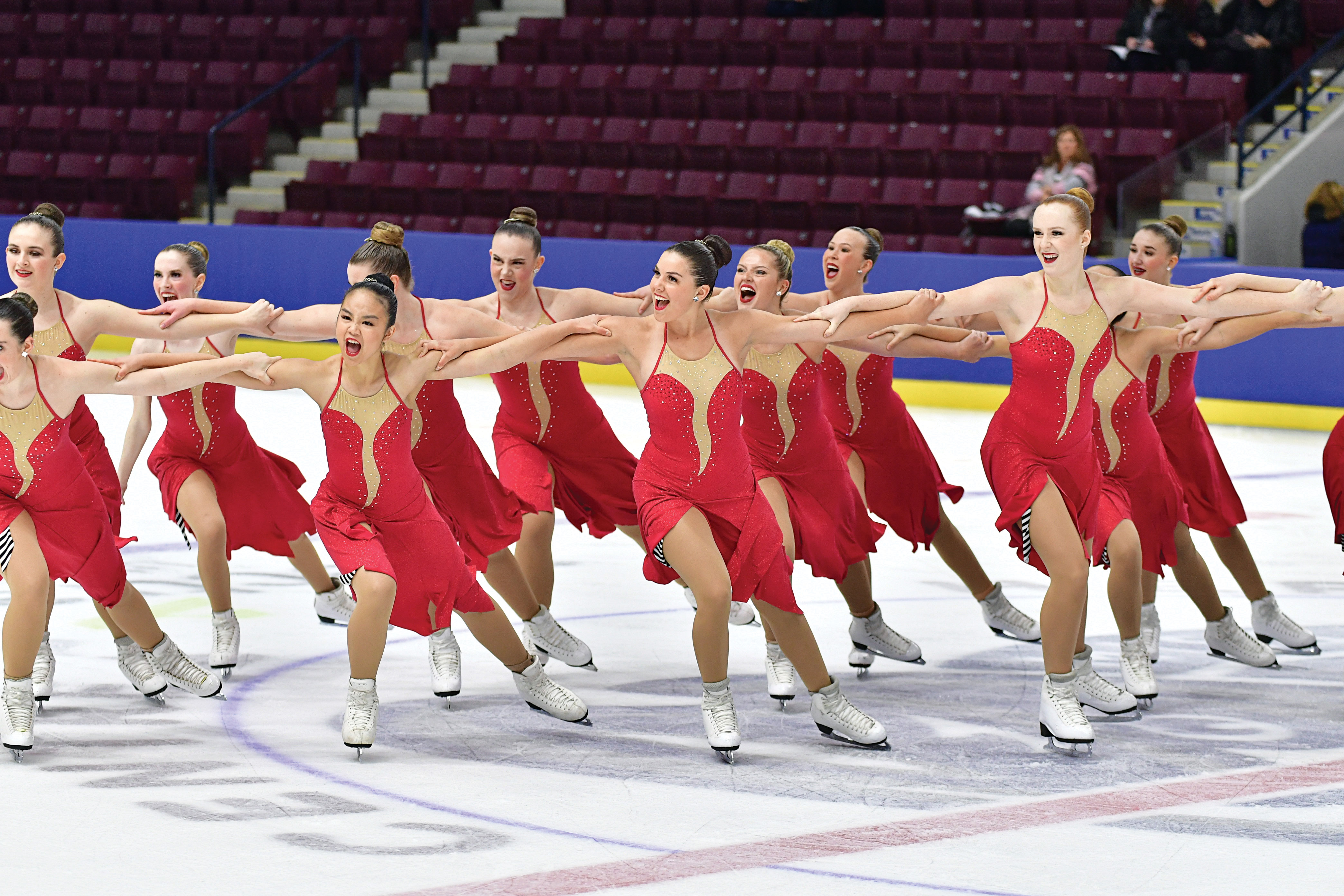 Five Beachers were part of a synchronized skating team that won gold in the intermediate section at the 2018 Skate Canada Synchronized Skating Championships in Oshawa last month.

The 19-skater Meraki team, which practises in the midtown Leaside neighbourhood, beat out 12 other teams with a routine based on the 1994 Hollywood hit The Mask starring Jim Carrey and Cameron Diaz.

Skating to an upbeat Cuban soundtrack and wearing red dresses, a nod to Diaz’s character’s wardrobe in The Mask, the team scored a total of 111.32 points over two performances at the event, which ran from Feb. 23-25.

Synchro teams are scored on technical elements and execution. Each gets two chances to run through the routine in front of judges, and the results for each performance are added up for a cumulative score.

“It was an amazing experience,” said Shaolin O’Neill, the team’s general manager and also a Beacher. “They were working very, very hard the last month or so to fine tune all the areas that required any work—and that paid off.”

Beachers Zoe Haronitis, Lotti Frankiss, Abby Nelson, and Shaolin’s daughters Shannon and Kerri all had a part in lifting the ages-13-to-18 team to victory.

Sixteen-year-old Shannon said being in first after the initial Friday run tested the team’s mental game for the followup program on Saturday. “There’s a lot more pressure because if you fall you know you’re going to lose first place,” she said.

The winning result for Meraki, named after the Greek word O’Neill defined as meaning “to put your heart and soul into what you love to do,” comes on the heels of a third-place intermediate finish at the Ontario regional championships in Ilderton on Feb. 9-10.

“They have five major competitions in the year, and they were finishing always top two or three,” said O’Neill. “The last final competition where it really counts, they came out on top.”