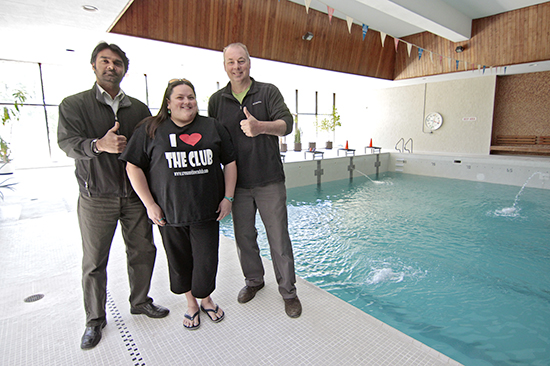 The Crescent Town Club’s pool is scheduled to re-open next month after multiple delays.

For more than a year, the pool, located within the community centre near Victoria Park subway station, has been dry as a result of major structural issues stemming from a lack of waterproofing during its original construction in the ‘70s. The club was previously closed for about a year after an electrical fire in July 2014.

Now, work is wrapping up after several waterproofing attempts, and the club’s general manager Anil Narayan has said the pool will be back in business no later than March 10.

“The centrepiece of the club, it’s the pool,” said Narayan. “When this facility’s open and the pools open and you come down here, that entire facility it’s packed—packed with people.”

Since the pool closed in January 2017, club members from outside the immediate community have been cancelling their memberships, Narayan said. “One of the things that we want to do is [let] everyone outside of Crescent Town to know that we are open,” he said.

The pool will look familiar to swimmers who have taken a dip here before, but there is one addition. The CREST Club, a group that was founded at the Crescent Club and trains swimmers, has donated starting blocks. “Everything else remains the same,” Narayan added.