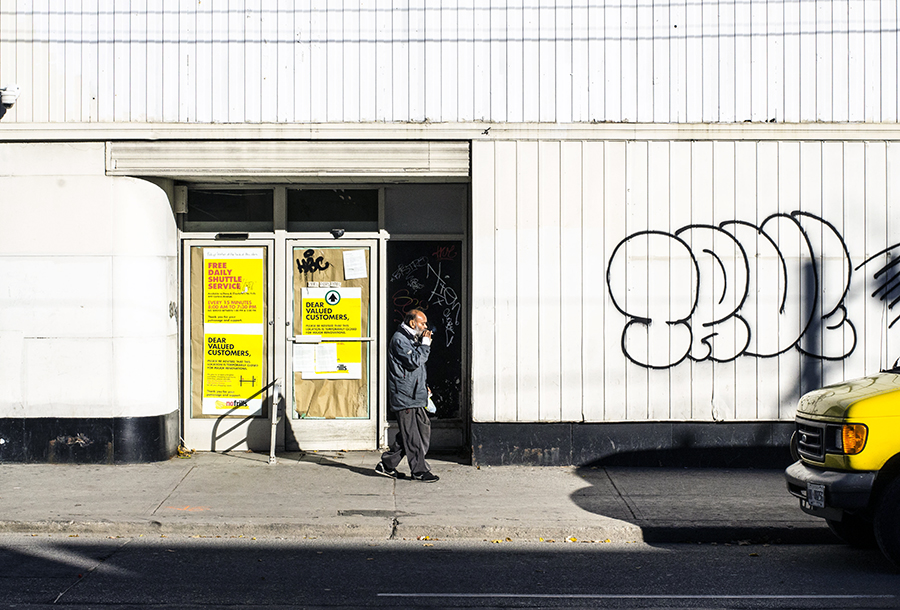 No Frills on Coxwell and Gerrard has been closed since mid-2016. The majority of the building has been demolished. PHOTO: Beach Metro News file

Plans are afoot to re-open Rocca’s No Frills, a local grocery store that closed its doors unexpectedly in May 2016, before the year’s end.

“We continue to work hard with the intent to open a newly renovated store by the early fall,” said Karen Gumbs, a spokesperson for Loblaw Companies Limited, which is No Frills’ parent company, in an email.

“I can tell you that we are happy with the progress we are making with the renovations to Rocca’s No Frills,” Gumbs said.

Workers at the 269 Coxwell Ave. site of the store are wrapping up work on the foundation, footings and basement of the building after the majority of the building was demolished. Gumbs said this stage of construction is expected to be completed within a few weeks.

The news comes after speculation last year of the site possibly being converted into condos.

At the time, Loblaw provided a rendering of the vision for the site by Coxwell and Gerrard Street East, and Gumbs said the image was still an accurate representation of what changes are going to be made.

The company has been offering a shuttle that runs every 15 minutes from the parking lot of Rocca’s No Frills to Dave & Charlotte’s No Frills at 449 Carlaw Avenue since the closure.

I would be very surprised, it was only one story.
I would expect, 1st level to be retail small stores, with bulk of store to be in 2nd floor

Nobody put a grocery store on the second floor – that’s a logistical nightmare with all the bags, carts and loading dock requirements.

Loblaws does, actually. E.g. The Loblaws at Jarvis and Queen’s Quay, and the Superstore at Don Mills and Eglinton.

@Matt
Yes Matt, there are indeed examples of second floor shopping centres. One quite successful operation is the Loblaws outlet located at 10 Lower Jarvis St.in Toronto.
However, as you can see by the rendering, the Coxwell outlet has the same foot print as the old store demolished.