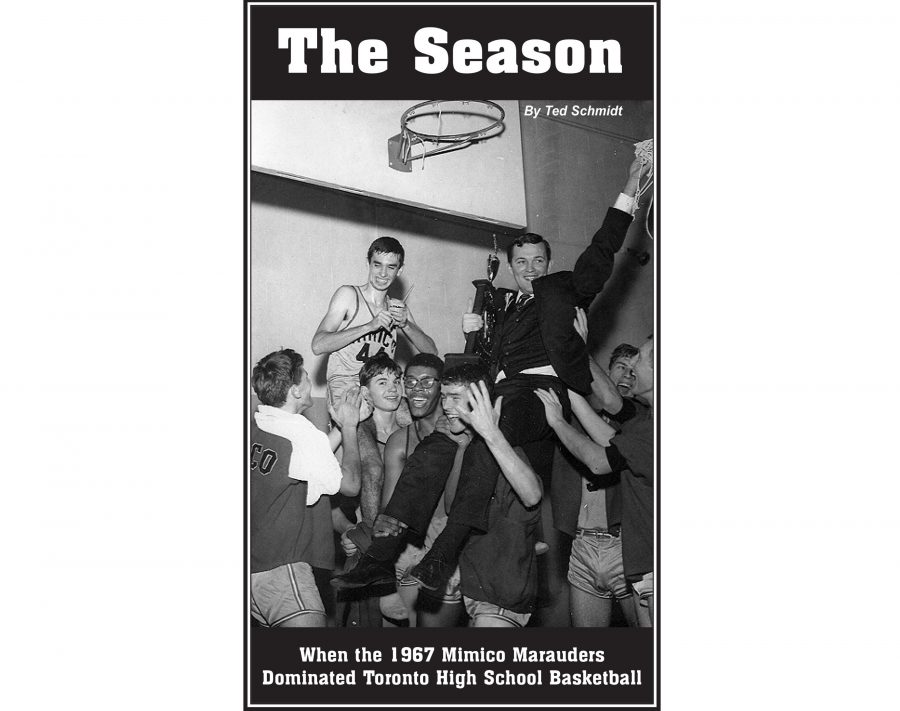 Former Neil McNeil High School teacher and Beach resident Ted Schmidt has written a unique coaching book to coincide with the 50-year anniversary of a legendary team he coached just before he landed at Neil McNeil. Here’s the back story.

Just over fifty years ago, in Canada’s centenary year of 1967, a suburban Toronto basketball team in a school with only seven players swept all competition aside with a slashing type of game never before seen in local basketball circles. Mimico High School’s Marauders became the best team in Ontario and perhaps Canada. With a 45 and 1 record and with blanket coverage, the team became the subject of iconic film director Don Shebib’s CBC film Basketball. How could a school with so few male students possibly achieve such dominance?

In 2017, ex-Latin teacher and coach Ted Schmidt invited the six remaining players to reflect back on the season and interpolated journal comments he wrote at the time. The results make for fascinating reading as Schmidt describes his alternative coaching philosophy: “Don’t call me coach; I’m a teacher and a hardwood gym floor became a sacred classroom for me.”

Relying on theologians Martin Buber, Hugo Rahner and cultural theorist Johan Huizinga, Schmidt describes his technique as moving beyond coaching manuals (techné) to plumb the inner depths of each player (logos). Central to his approach was commensality – shared meals that he believed broke open the mystery of his teenage charges.

The author writes: “Efficiency, technique, drill, new plays, scouting, coaching manuals. All this was mere prose to me. I was interested in poetry and the mystery of the human person. Most coaches, it appeared to me, had the words, while I was interested in the music.”

In his introduction to the book Canadian philosopher and former pro footballer John McMurtry writes: “Schmidt spells out the meaning from within sport and from beyond it. He tells a lifetime of devotion uplifted by the giving, all which becomes eternal moments in games. But he knows beyond the garden of great plays that the world calls for life witness in the ultimate struggle lost in sport addictions.”

Bottom line for me: The Season is a book which could easily serve as a primer for all educators at any level who till the sacred soil of young lives in today’s schools. The book ($15) can be purchased at Book City or online at info@thebooknband.com.

Tony Curcio is the editor of Graphic Arts Magazine, a Neil McNeil grad, and a Beach resident.