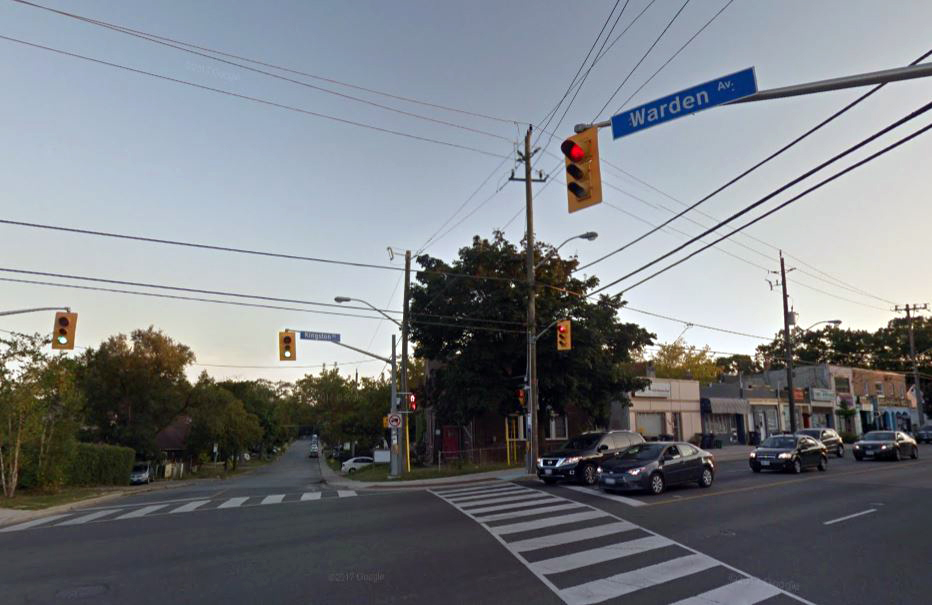 A community meeting is scheduled for Jan. 18 to discuss Kingston Road traffic issues.

A fundraiser set up to support the son and daughter of a single mother who was struck and killed by an alleged drunk driver last month has raised more than seven times its target amount so far.

The fundraiser, which Birch Cliff resident Anna Dewar Gulley created on the website gofundme.com a day after the fatal incident, has brought in $71,965 as of writing, well surpassing its $10,000 goal.

“Birch Cliff is a very tight-knit community – increasingly so,” said Dewar Gulley. “It’s an enormous amount of money, but it doesn’t surprise me that people were so generous and engaged,” she added.

Dewar Gulley did not know Karla Groten – the victim – personally, but said she was moved to help out because “it was just something that needed to be done” and that “it was just a heartbreaking story.”

Police say they responded to a call at 3:28 p.m. on Dec. 21, 2017, about a pedestrian being hit by a motorist at Kingston and Warden. A 40-year-old woman (Groten) was crossing Kingston Road from Warden’s east side when the driver of a 2006 Chevrolet Equinox travelling westbound on Kingston crashed into her.

Groten was pronounced dead at the scene. The driver left the scene but was located shortly afterwards in the Chevy around Queen Street East and Kingston road, according to a news release.

David Opalka, 28, of Toronto is charged with impaired operation of a motor vehicle causing death.

He also faces several related charges including failing to stop at the scene of an accident.

Like fundraiser founder Dewar Gulley, Juli Langhorne did not know the victim. That did not stop the Birch Cliff resident from being the first to donate to the GoFundMe page. “I almost felt like I knew her because so many people that I know know her,” she said.

Langhorne was also inspired to donate because her daughter has to cross the very same intersection to get to and from her school, Birch Cliff Public School.

“It could’ve been… my daughter or her friends walking home,” Longhorne said. “When we didn’t know who it was [that had been hit] I had people texting me making sure that my daughter had made it home from school.”

She was also concerned because Groten had been a single mom. “It wasn’t even like there was a father figure at home that would be there immediately for these children,” she said.

Since Longhorne’s initial contribution, more than 900 people have followed suit, and Dewar Gulley said donations are still coming in for Max and Haley, Groten’s children.

For now the fundraiser will remain active. “We’re leaving it up because we’re trying to figure out, with the family’s support, the best place to put the money,” she said.

Meanwhile, a community meeting is scheduled for Jan. 18 to discuss traffic and road safety issues in the neighbourhood, according to a Jan. 3 letter from Ward 36 Councillor Gary Crawford addressing neighbourhood concerns about Kingston Road traffic.

“The very tragic accident at Warden Avenue and Kingston Road which took the life of Karla Groten has left us all heartbroken, frustrated and angry,” he wrote. “Thank you for supporting Karla’s family, and for your messages regarding improved safety on our streets.”

“Kingston Road has significant traffic and traffic issues, and changing driver behaviour can be challenging,” he said, noting measures have been taken to lower speeds in the area.

Crawford said he has directed transportation services to investigate other ways to improve road safety, including lowering the speed limit on Kingston Road, installing additional signage, a red light camera, and a speed and undertaking a volume study for Kingston Road.

The meeting, which takes place at St. Nicholas Birch Cliff Church, 1512 Kingston Road, from 6 to 7:30 p.m. on Jan. 18, will touch on these issues and ask for resident input.