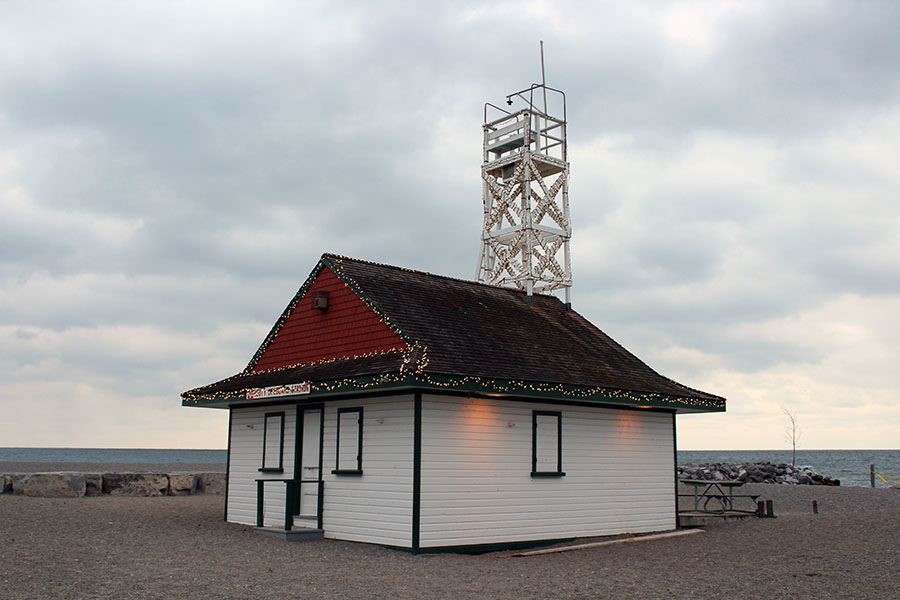 The historic Leuty Lifeguard Station is going to be raised one metre onto pilings in order to preserve it from rising water levels. PHOTO: Josh Sherman

The city has a six-figure plan to preserve the historic Leuty Lifeguard Station at Kew Beach from heightened lakewater levels, Beach Metro has learned.

“In order to protect and secure the Leuty Lifeguard Station, we plan to raise the structure approximately one metre onto pilings using a crane,” said Jane Arbour, a city spokesperson, in an email.

The city said the cost of the project would be approximately $200,000 and that the community will be shown plans at a public meeting early in 2018.

According to the city, this is the first time it is raising the nearly century-old structure.

This spring, historian and Beach Metro columnist Gene Domagala said the lifeguard station had been moved three times in the course of its history.

In the early 1990s, the city was going to tear the station down after it fell into disrepair. Domagala along with historian Glenn Cochrane and former councillor Tom Jakobek created the “Save our Station” group. With the support of the community, the group raised nearly $75,000 to preserve the station.

Earlier this year, city workers used armour stone and sandbags in an effort to protect the lifeguard station, which dates back to 1920, from the encroaching tide.