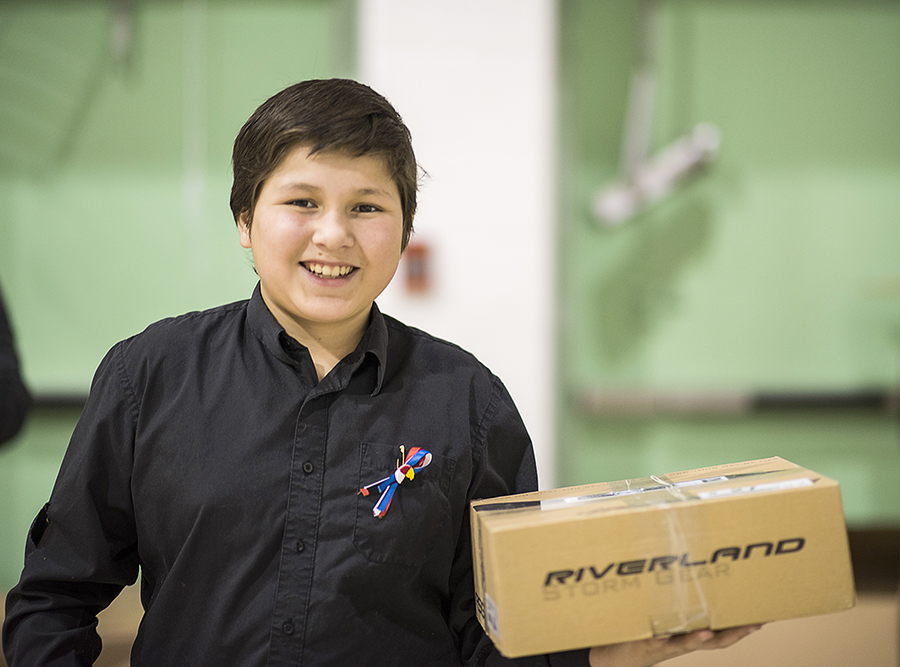 The shoebox campaign is also a way for I Love First Peoples, which was registered as a charity in 2013, to forge connections with First Nations communities. PHOTO: ILSP/Trudy Ferguson

Beach resident Lynn Wilson had been looking for a way to support the province’s Indigenous communities.

She found her way this October through the annual shoebox campaign from I Love First Peoples, a charity based out of Gatineau, Que.

As the director of the charity’s Toronto and GTA chapter, Wilson has put out a call for shoeboxes packed with gifts to be shipped to remote Indigenous communities in the area around James Bay early next year. Similar drives are taking place in 30 cities across all but two provinces, New Brunswick and Nova Scotia, this year.

“So many people like us were really looking for a positive, hands-on way of being involved, and the shoebox project is a perfect way [to help], because you know that that box is going to go directly into the hands of a child in a really remote community,” said Wilson.

Shoeboxes should be stuffed with items appropriate for those aged three to 16, including arts-and-craft supplies, clothing, accessories, games, and toys. Wilson would especially like to see people put books in their boxes. “I would say that one of the pushes is to have a book that’s age appropriate,” she said. “Just having a book in every box would be a way of supporting literacy.”

When preparing a shoebox, I Love First Peoples founder Josée Lusignan said there were two things to keep in mind. “Things that stimulate the mind, that stimulate creativity, are always encouraged,” said Lusignan. “At the same time, this is not an effort to help the poor. This is a gift of friendship and a celebration of education, and so as a guideline, we always tell people, ‘You know, how would you pack a box for your own child or grandchild?’”

The shoebox campaign is also a way for I Love First Peoples, which was registered as a charity in 2013, to forge connections with First Nations communities and work on longer-term programing, including anti-bullying efforts and public-speaking training. “Our desire is always to work long-term,”  Lusignan explained.

This year, shoeboxes are being collected throughout November. Shoeboxes sent to Wilson will get shipped north in February after each submission is inspected.

Any Beachers interested in contributing to the cause can email Wilson at toronto.ilfp@gmail.com to find out more. Participants are asked to include $5 to help with shipping costs.

“It’s been really positive so far… people are bringing their shoeboxes by,” said Wilson. “We’re off to a really good start.”