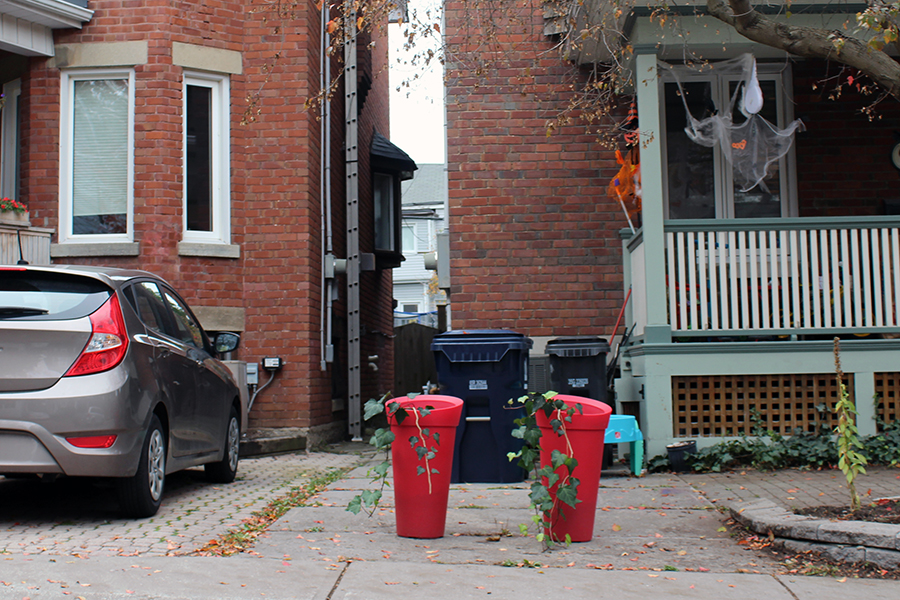 Beachers with illegal parking pads may get a reprieve in the new year with council’s approval.

“I’m trying to work on some sort of grandfathering policy where we… legalize the illegal pads,” said local councillor Mary-Margaret McMahon.

If a parking pad application is turned down because the applicant couldn’t get enough signatures of support from neighbours, the applicant can still appeal.

If applicants were rejected on the grounds of there being enough parking available near their home, they can appeal depending on how many parking permits have been allocated on their street.

The Ward 32 councillor has gone a step further, though, and said she attached a motion to the moratorium to look into creating an “amnesty period” for users of unlicensed front-yard parking.

Residents with illegal pads could come forward voluntarily to notify the city of the unlicensed spots. By doing so, they would be required to pay to license the space, but it would be legalized, a potential improvement on a lengthy and expensive appeals process that’s anything but a given.

“I’m sure that given the choice, people would absolutely pay rather than lose their pad,” said McMahon.

McMahon said city staff are preparing a report on the matter and will report back to council in the new year.

“We have a ton of illegal pads across the city and in our ward, and I don’t think it’s fair that one neighbour’s paying for their parking pad and the other neighbour’s not,” McMahon said. “It’s not equitable,” she said.

McMahon suggested her proposal would be met with some resistance at council. “That’ll be contentious,” she said of her motion.

Some argue that parking pads increase the risk of basement flooding.

Last year, community council heard 60 appeals from applicants across the city. Thirty-seven were approved, including one in Ward 32.

Beach residents Amit and Riddhi Shah are all too familiar with how hard it can be to get a parking pad approved.

“I’ll tell you that it’s thousands of dollars,” said Amit.

The couple managed to file their appeal this summer before the moratorium took effect, after having their application rejected because of the Bellefair Avenue pad’s proximity to a tree, they say.

“We always knew that there was that real possibility that we wouldn’t be able to use it (the pad),” said Riddhi, adding she was still surprised by complications with the process.

She says the issue is that the tree, though small enough to cut down without a permit, is located on municipal property, so the city is the one to make the final call about its fate.

For now, they are waiting to find out when they can have their appeal heard at community council.

“At every step of the way, we’ve been told not to get our hopes up,” said Riddhi.

Meanwhile, Toronto and East York Community Council has decided to hold public consultations regarding on-street permit parking in the area instead of going ahead with extending permit parking to all streets.

Councillor McMahon had advocated that on-street permit parking be implemented on those streets in Ward 32 which currently do not have permit parking, prompting backlash from some residents.

So, you are going to reward people who flout the law? At the very least any such so-called grandfathering should not only require paying the proper fees they should be backdated as well as backdating the approval. AND the parking spot MUST be permeable.

What is the update on this issue? When will it be back to council for voting etc?