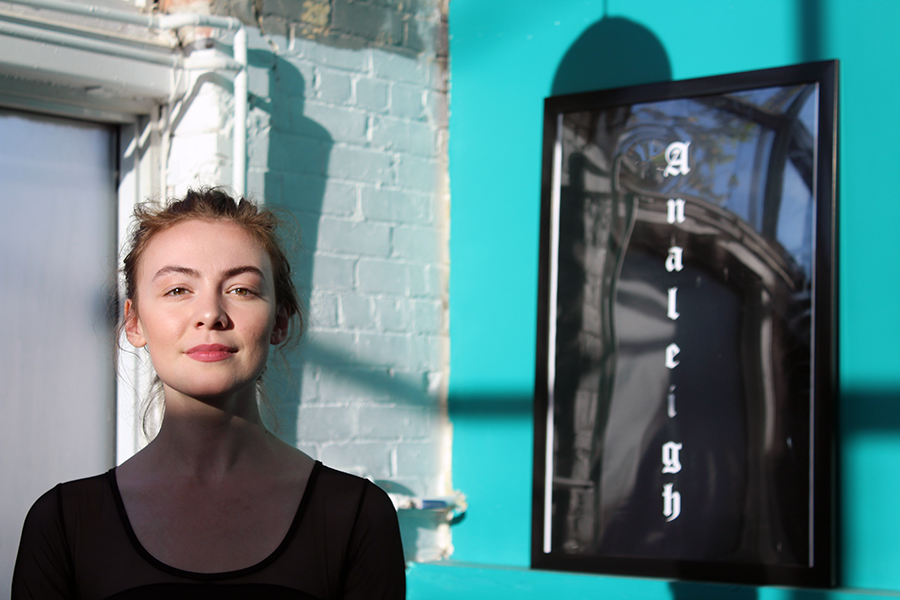 Murphy Macdonald-Rea had her heart set on dancing after she saw the Nutcracker ballet at the age of six.

“I bothered my mom to put me in dance,” she said.

Now 24, Macdonald-Rea is the one giving the lessons at Analeigh Dance Company, the Leslieville dance school she launched this September.

Having danced competitively in the Greater Toronto Area in her teens and currently working in the film industry as a professional dancer, Macdonald-Rea focuses on helping aspiring dancers make similar moves at her studio.

“The company is competitive and pre-professional,” said Macdonald-Rea, also Analeigh’s artistic director, before a late-afternoon class began inside the bright teal-and-white studio at 20 Leslie Street on Oct. 20.

“I feel like in Toronto there’s so much opportunity, but a lot of competitive studios don’t put their kids up for jobs, and my philosophy behind it is if you can make extra money while you’re young, then you can put it towards your dance education or university, which helps,” she added.

While attending Analeigh, which is an Anglicized spelling of the Gaelic word análaigh meaning “to breathe”—a “super important” thing to remember while dancing, Macdonald-Rea instructed—students learn ballet, jazz, tap, lyrical, and contemporary dance as well as physical conditioning, including cardio and core-strengthening exercises.

Tuition costs $3,000 per year, and classes run two days a week from September to June, with seven hours of instruction per week and two competitive dances.

The studio also helps prepare students for art-school auditions. Of course, Analeigh students will have already passed at least one audition by the time they officially enrol here.

Auditioning is a mandatory step for admittance, although auditions are open to all young dancers ages 11 to 20.

“You have to know exactly that you want to be more in a competitive pre-professional scene, it’s not just recreational, it’s not just drop in,” Macdonald-Rea said.

Serious as the school may be, it is also “family-oriented,” she added.

“Family is always first and all of them support each other throughout classes, and you can see them all laughing and having fun, and they’re all really good friends,” said Macdonald-Rea, who now counts the National Ballet of Canada’s Nutcracker among her credits and has been teaching dance since she was 16.

Analeigh students Olivia Pisani, 14, and Rebecca Tonner, 15 in November, say the family-oriented nature of the school is their favourite part of attending with their six other classmates.

“It’s really family-oriented so we’re all really close… it’s nice to come to an environment where you can be supported,” said Pisani, who studies at Malvern Collegiate Institute with Tonner and volunteers with Beach Metro News.

Tonner agreed, adding, “It’s a small family. So you’re comfortable in front of everyone.

“Everyone supports each other equally, so when someone does something great, we’re all clapping. We’re all so excited—and that’s really great.”