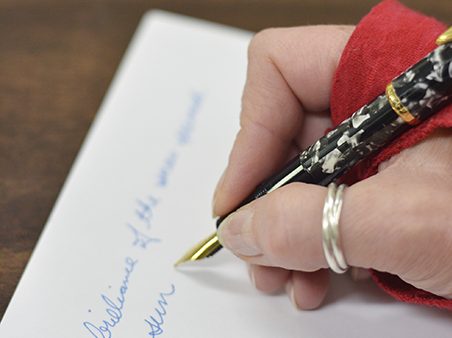 Let’s take pride in the appearance of our community.

Whether young or old, student or worker, shopkeeper or resident, please place trash in the numerous garbage containers along Kingston Road and on the side streets.

We can all do a better job at keeping this neighborhood clean. It takes proper attitude and little effort.

In Mayor (1954-1958 term in office) John Tory’s September e-mail to households, he begins by stating, “I have taken a number of concrete steps to improve the way people move around this city”.

Since the installation of the bike lanes, I’ve never felt safer on the sidewalks, never felt safer as a pedestrian, far fewer macho-speeders on Woodbine, and much safer in crossing at the Danforth-Woodbine intersection. Drivers take note; it’s not all about bikes, it’s also about pedestrians that outnumber drivers by the thousands.

The call by some to remove the new bike lanes on Woodbine Avenue will not get rid of traffic congestion in the long run.

With an annual population growth of 1.6% per year, (Toronto Census Metropolitan Area, 2014-2019) in five years Metro Toronto adds another Hamilton, Ont. to its population. According to Metrolinx’s recently released Draft 2041 Regional Transportation Plan, projections indicate that auto use will continue to be the choice of most commuters – still in the mid 70 per cent range by 2041 – with those choosing transit remaining at around 15 per cent. What does this mean for Woodbine Avenue? It means that even with the removal of the bike lanes and restoration of four lanes in some places, Woodbine will still be overwhelmed by car traffic in a very few years.

What needs to be done? The only solution is to diminish the numbers of cars, particularly within the city. How can this be done? When one realizes that most cars on all of our roads and highways are single occupancy vehicles, meaning that only the driver is in the car, a solution makes itself plain.

Governments, eg. Ontario, already took the first step towards the solution when they opened the HOV (High Occupancy Vehicle with two or more occupants) lanes on some 400 highways and the QEW. My personal observations indicate that there are still very few cars taking advantage of HOV lanes.

When will enough citizens and courageous politicians suggest that the solution to car congestion is to make it illegal for anyone in the city to make a trip in a car by themselves.

A trip by one person would of necessity be made by transit, taxi, cycling or walking. If every car now using Woodbine, during rush hours, had two occupants instead of one, congestion would be cut in half. The math is simple.

The answer is carpooling and car sharing. As a society interested in curbing environmental damage and climate change caused by so much car traffic and road building, what is stopping us?