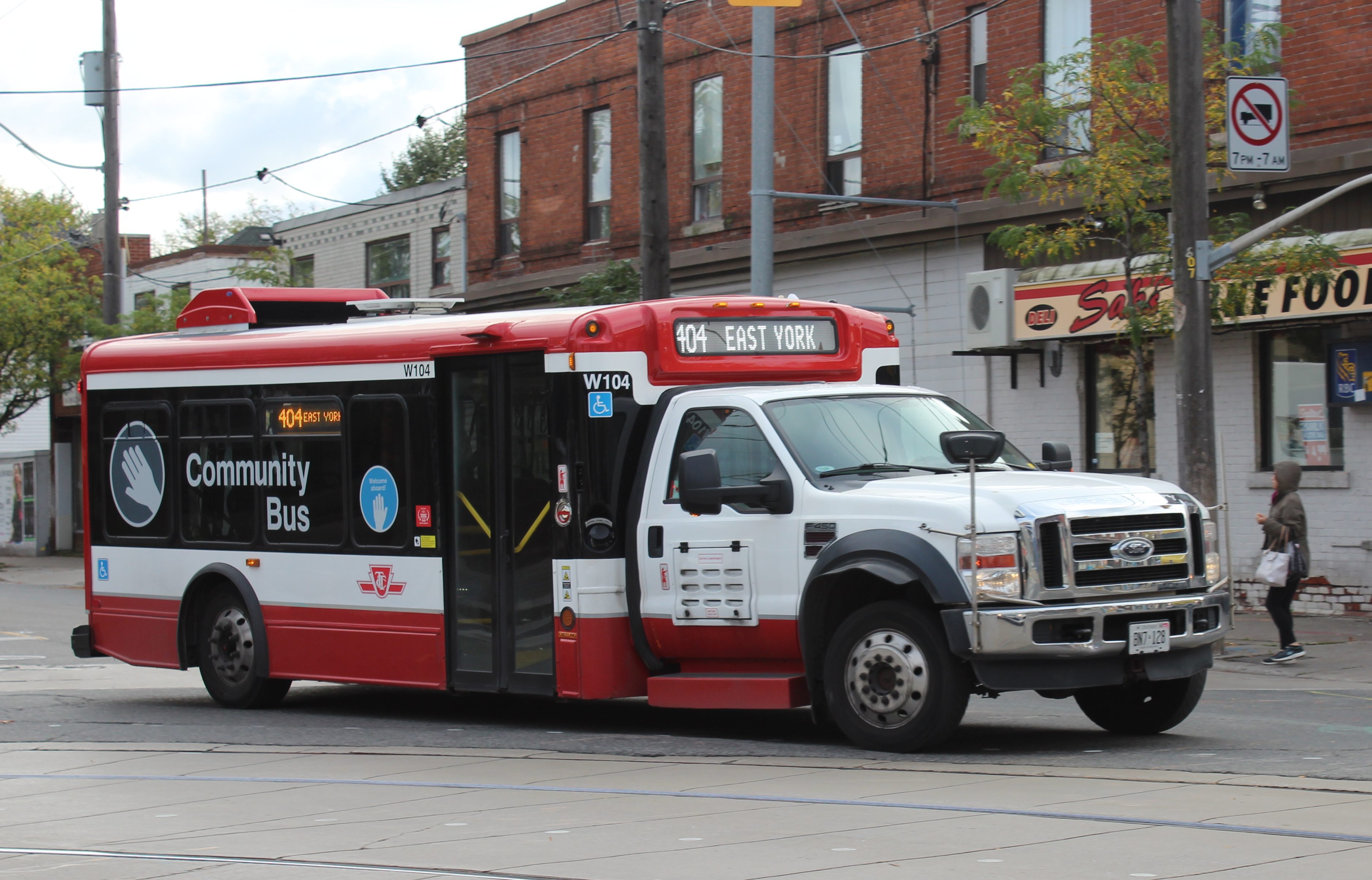 You may have noticed a short red bus motoring around the Beach recently.

That’s the TTC’s 404 East York Community Bus, one of two such routes being tested for service improvement via a pilot project.

“This project aims to increase ridership by providing customers with a more convenient and accessible travel option for getting around their neighbourhood,” according to a TTC webpage about the pilot.

Different from a regular bus route, passengers can also flag the bus anywhere on the route.

New stops were recently added to the route, including one at the Beach Arms Retirement Residence at 505 Kingston Rd.

“Bus stop placement is determined based on numerous factors such as the distance from adjacent stops and the proximity to nearby buildings,” the TTC said in a statement.

The new stop near 505 Kingston Rd. was incorrectly installed on Sept. 14, the city has confirmed. A no standing sign was put in the wrong place. Due to this slip-up, the city said anyone who received a parking ticket at that location between Sept. 14 at 9:45 a.m. and Sept. 29 before 9:30 a.m. can ask for it to be cancelled online at www.toronto.ca/aps or by visiting the screening offices at North York Civic Centre or Metro Hall, with or without an appointment.

The transit authority is using the familiar and accessible Wheel-Trans style of bus on the route, but anyone can use the service, which requires regular TTC fares.

Four passengers have been riding the extended 404 service per hour, the TTC said. The transit authority expects ridership to increase as it promotes the service.

The 400 Lawrence Manor is the other route the TTC is including in this pilot.

The pilot project is slated to wrap up in June next year.

The TTC also offers community-bus service elsewhere in the city with the 404 Parkdale, 403 Don Mills South and 405 Etobicoke routes.

Need this service in Birchcliff!