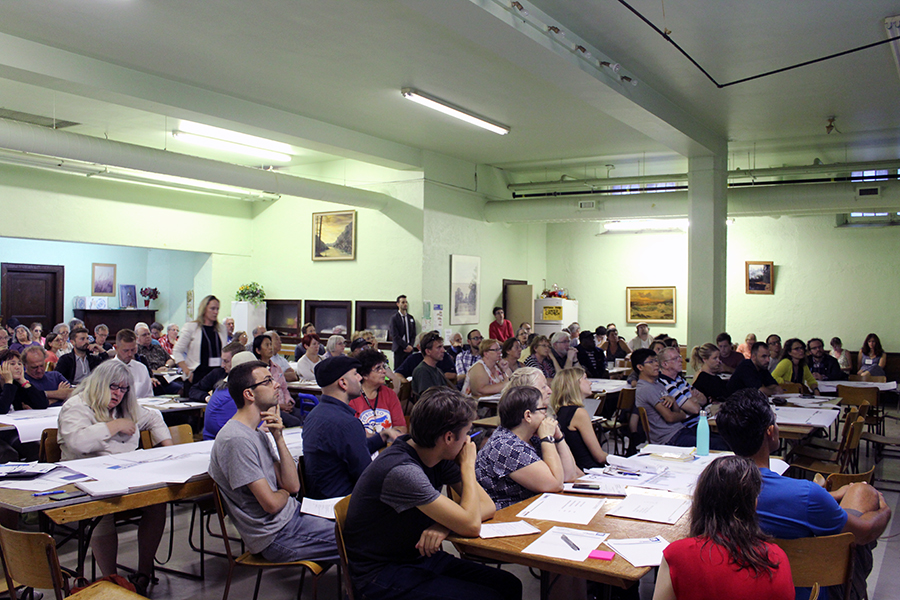 Over the past year there have been three public consultations and four stakeholder meetings sponsored by the city to gain input on the planning department’s proposals for Danforth East. The consultations and meetings are part of the Danforth Avenue Planning Study, a process that aims to create a specific set of development guidelines for the stretch of Danforth between Coxwell and Victoria Park Avenues under Toronto’s Official Plan.

Only in the most recent consultation did I realize there is a distinct bias in the process.

The format of the consultations has been the same throughout: the same tedious slide show, narrated at a furious pace. The presentation uses planning language and jargon clearly more geared to property owners, developers, lawyers, and architects than to community members new to the planning process. At the most recent public meeting on Sept. 14 at Hope United Church, after the 10 minutes allocated for questions from the floor it was onto small group discussions. In response to the four questions, the audience was told that they will be addressed at future meetings. Some members of the audience then left.

The proposal, so far, is to increase the density of housing along the Danforth, but limit it to “midrise” developments (buildings no more than eight storeys). The existing zoning allows, with some exceptions, four storey buildings. With City Council concessions or after hearings at the OMB, they can be as tall as 10 to 12 storeys. A 30-storey development is proposed just south of Main and Danforth, but that property is not included in the study. The proposal also details improvements to the “streetscape” which will attempt to blend new development into the local retail environment.

But unlike most of the Danforth East area, which is primarily single-family housing, the stretch from Main to Victoria Park is heavily surrounded by apartments. These are people who have nothing to gain from higher property values, a likely result of gentrification. In fact, it is possible that they will be net losers due to the loss of significant, familiar retail resources within walkable distances.

If the goal of the Danforth Avenue Planning Study process is to add condo density without destroying the area with high-rises, and to increase local residential property values without destroying single-family homes, then it works.

However, if the goal is to add a balanced density (condo, rental, affordable rental) while maintaining support for the local community, then it fails. Despite good intentions, many voices are not being heard.

The consultation process needs to be broadened to include all of the community, not just property owners and developers. And it needs to use language that is accessible to all.

I would like to see a public community-led information meeting, which would be a Q&A with a planner and some architects to try to get past the “plannese” language barrier.

While I support the principle of “densification”, planning is not only about buildings; it is also about people.

Gerry Dunn is a Danforth Village tenant. Reach him at DanforthVillageCA@gmail.com.

There is a good public transportation along the Danforth Ave like the Subway and the buses that run in the area. It would be a waste of infrastructure if the place around it or along the Danforth is not built by higher condos or at least 20 storeys of mixed residential and business development. It would definitely create a more vibrant and safer neighborhood with a focus of smart planning but not to lower the height that is allowed to be built in the area. 20 storeys are definitely be still good in the area. Be creative and work with the densification of our city where buildings should be built where public transportation is so convenient and accessible to everyone. It is a healthier lifestyle and can save a lot of us time to go to work and money by doing so. It will definitely get rid of a lot of cars therefore decreasing the congestion in our streets. It will also have more units of condos or rentals where most people might be able to afford of owning or renting a property in Toronto. We need to start thinking more about the bigger picture in order for the city of Toronto to be the city for everyone and not small sections of the neighborhoods.