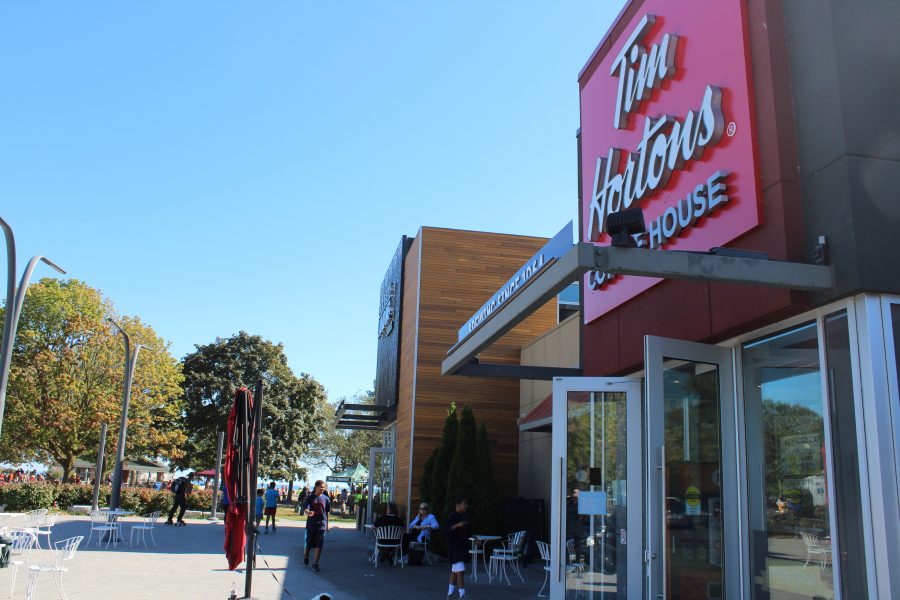 Cara Operations Ltd. and Tuggs Inc., the owners of these two boardwalk restaurants, are involved in a legal dispute. PHOTO: Josh Sherman

A controversial long-term lease in the Beach is the subject of a lawsuit, court documents show.

In court documents obtained by Beach Metro, Cara alleges Tuggs has sought to evict Carters Landing, a Cara franchise, from the site it has leased from Tuggs at 1681 Lake Shore Blvd. E., formerly known as the Boardwalk Cafe.

The property is one of several eastern beaches parks and properties Tuggs signed a June 2010 agreement with the city to lease until Sept. 14, 2028.

Cara said it had planned with Tuggs to take on a portion of that lease. Cara would then lease back a number of assets to Tuggs, including the Foulidis-owned Tim Hortons housed in the same Ashbridges Bay building as Carters Landing.

Tuggs needed the approval of the city to re-assign its lease. Pending approval, the two had signed an agreement for Cara to lease out the Carters Landing site. City council approved the lease re-assignment last October.

But the court documents show the lease re-assignment was never signed, with Cara alleging Tuggs “abruptly ended” negotiations, and the two companies have been locked in a legal battle for a number of months. Both companies deny each other’s allegations. Lawyers for both Tuggs and Cara declined to go on record to talk about the lawsuits.

In a counter-claim, Tuggs made a number of allegations including that Cara did not pay all rent owed in a “timely manner”, “failed to reimburse” it for expenses, and caused delays in negotiations.

Cara denies the allegations and is seeking a court order “restraining [Tuggs] from disrupting, threatening to disrupt, or in any way interfering with Cara’s business operations at the property,” according to court documents.

Cara said it invested approximately $825,000 in the site of Carters Landing, which opened in July 2016, and leaving would cost the company that investment as well as the jobs of approximately 110 staff members.

“Cara has been acting in good faith and was ready, willing and able to close the transaction,” writes Cara.

Staff had been trying to enter into discussions with Tuggs to buy back the lease for the park sponsorship rights. However, a recent staff report suggested discussions had ended.

“Following these conversations, staff have determined that there is no feasibility of negotiating terms acceptable to the city and that further discussions are not warranted,” the staff report said.

Mayor John Tory said in a statement that “residents would not want the city to spend what would likely be substantial amounts of money to break a lease with approximately 10 years left on it.”

Asked if there was an estimate for what breaking the lease could cost the city, Don Peat, spokesperson for the mayor, said “there was no estimate provided in the public report from city staff.”

Ward 32 councillor Mary-Margaret McMahon, who last year put forward the motion to enter into negotiations with Tuggs in an attempt to reclaim the parklands from the company’s control, did not have an estimate either.

“The cost wasn’t the only factor. It was that the goal posts were continually being moved,” said McMahon.

McMahon said she would not be putting forward another motion about breaking the Tuggs lease. “What more can we do?” she asked. “Tuggs has an agreed upon contract.”

None of the companies’ allegations has been tried in court. A court date has been set for February 2018.