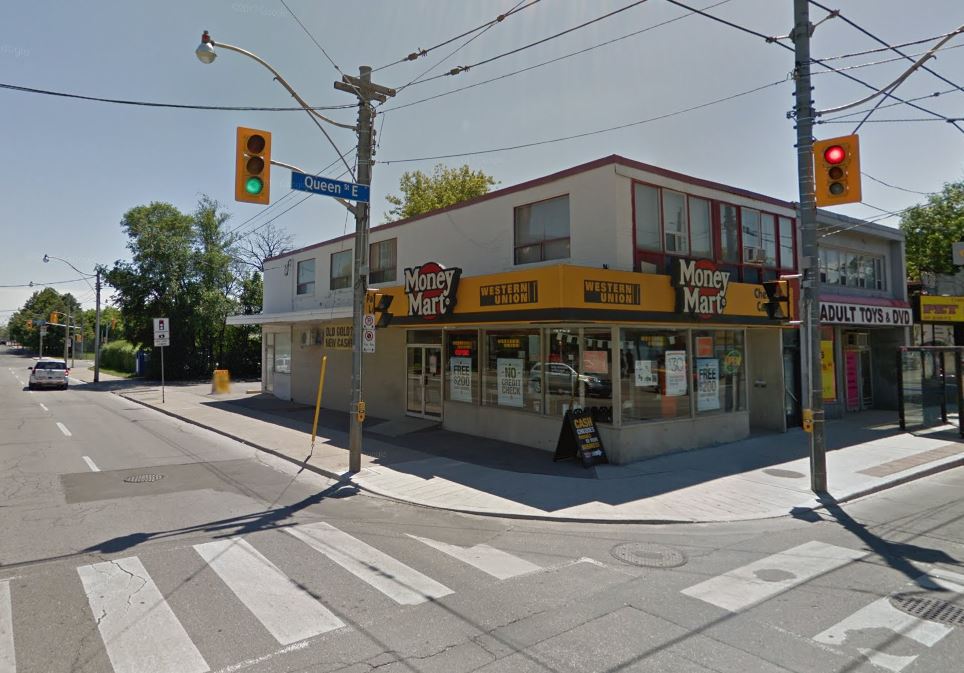 The intersection at Queen Street East and Coxwell Avenue will be closed for most of September for roadwork and other improvements. PHOTO: Google Maps

School might be starting and summer hours might be ending, but construction season is still out in full force and local residents should expect delays.

The latest from the city: the intersection at Queen Street East and Coxwell Avenue will be closed for most of September so that the city can complete track and road work.

From the morning of Monday, Sept. 4 through the evening of Sept. 29, the busy intersection will be closed in all directions “to allow for streetcar-track replacement, road and sidewalk repairs, and water distribution improvements. This work will reduce the risk of watermain breaks,” according to a notice posted by the city Aug. 30.

“Work on the project will take place seven days a week from 7 a.m. to midnight and some of the work will occur on a 24/7 basis to complete the project faster,” reads the notice. “The first few days of work will be the most disruptive as they involve breaking and removing concrete in the streetcar-track areas. The work to break up the concrete will stop at 11 p.m.”

The city says it will be increasing signage in the area, and make changes to the signal timing on parallel roads to help manage traffic. Regardless, “road users should expect to encounter some delays and increased traffic on nearby roads.”

Nearby roads include Woodbine Ave., where bike lanes have just been installed. Some residents along that corridor are already worried about what the bike lanes will do to traffic on residential side streets.

Some TTC routes will see changes during the Queen and Coxwell closure, including the return of streetcars for a portion of the 501 route.