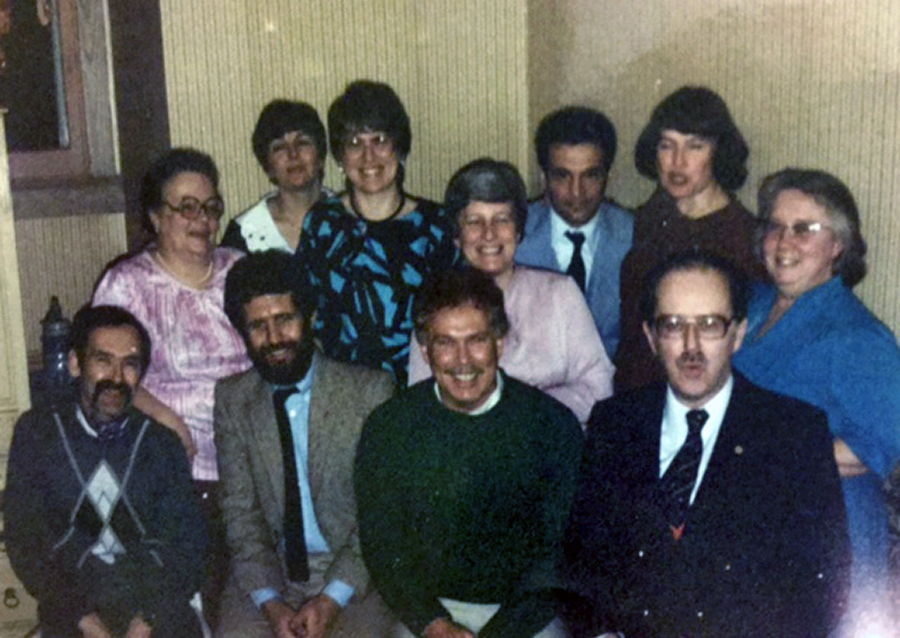 This year Canada and Ontario are celebrating their 150th birthdays. The OLD city of Toronto has already been there done that. In 1984, most of us here learned a new word – Sesquicentennial. The year was known as “A Celebration of Friends” and our mascot was Sesqui, aka Seskwee, a giant squirrel who appeared at many of the 200+ events held across the city, travelling in a white convertible called the Sesquimobile.

On the actual anniversary, March 6, researchers predicted that 12 to 20 babies would be born in Toronto. There were actually 69, including a set of twins and a set of triplets. Each newborn received a silver spoon and cup. (Are any of those babies among our readership?)

In the 11 wards, citizens volunteered to join a committee to organize festivities in their own neighbourhood. Each ward received a grant from city hall to help with expenses but residents were also expected to raise money to pay for their projects.

Our committee here in the old Ward 9 was co-chaired by Anne Kovasci and Don Snider. None of us can remember how much that grant was. We recall Councillor Tom Jakobek inviting us to join the group, and we committed ourselves to running events, encouraging the public to come up with ideas, and choosing which suggestions to promote and fund.

Thirty three years later examples of our decisions still exist. Outside Beaches and Main Street Libraries are concrete chess boards and seats. The branches also received Sesqui books and historical material. Pedestrians can still escape the hustle and bustle of Kingston Road in the quiet refuge of the Vera Wasnidge Garden on the east side of Kingston Road United Church, partly paid for with a contribution from the local Sesqui fund. At the Stephenson House Seniors Residence garden furniture, tools and bulbs were purchased.

Scholarships were given in perpetuity to two local high schools. One high school received a theatre arts award. At Kimberly Public School flags were provided for the school memorial. Glen Ames received display cases for the school lobby. Adam Beck School was given a donation to help provide instruction in 18th and 19th century dancing. Bowmore Road School had seed money for a playground in Fairmount Park.

Winterfest was held in Kew Gardens on Feb. 23, and included an ice sculpting organized by Ray Winner. Barbara and Allison Lush won first prize with a frozen replica of the yacht Canada One. At the Kew Beach rink was a celebrity skate with actor Jayne Eastwood, Patti and Bumper from the Sphere Clown Band, and TV personality Glenn Cochrane.

One of the highlights of the committee’s organizing skills was a gala on March 4 in the main lounge of the old Greenwood Race Track, where food and local entertainment was provided and guests were encouraged to dress for 1834 – and most of them did. Mayor Art Eggleton and Miss Sesqui Tina Petraliton, and her two attendants (the three girls were Notre Dame students) helped cut the six-tiered Sesqui cake made by Doreen Poirier of Trim A Cake.

The Ontario Jockey Club donated space a second time when an interfaith celebration was held on the race track grounds.

A Pied Piper parade on June 23 along Danforth Avenue was followed by a barbecue and games in the Kimberley schoolyard. Beaches MP Neil Young, reading a proclamation to the crowd, appeared as Lieutenant Governor John Graves Simcoe.

On September 23, John Graves Simcoe returned, this time in the guise of CBC radio host Joe Cote, for the unveiling of a plaque at 320-322 Kingston Road on the site of the old Norway post office which first opened in 1866. The building which closed as a post office in 1955 and was razed in 1982.

St. John’s Catholic School celebrated its 75th birthday and Sesqui at the same time. The Stephenson Tenants Association held an Oktoberfest, and the Iona Avenue residents had a street festival.

The year ended, as it had begun, with entertainment and a ceremony at Nathan Phillips Square. The theme for the evening was “See you in 2034.” The Sesqui flag was lowered. And Sesqui the Squirrel was last seen on a cherry picker headed for High Park.

The Ward 9 Sesquicentennial Quilt stitched by 90 local women and men, led by Hilary Rowland, hangs upstairs in the Main Street Library. It deserves its own story and will be covered in another issue.