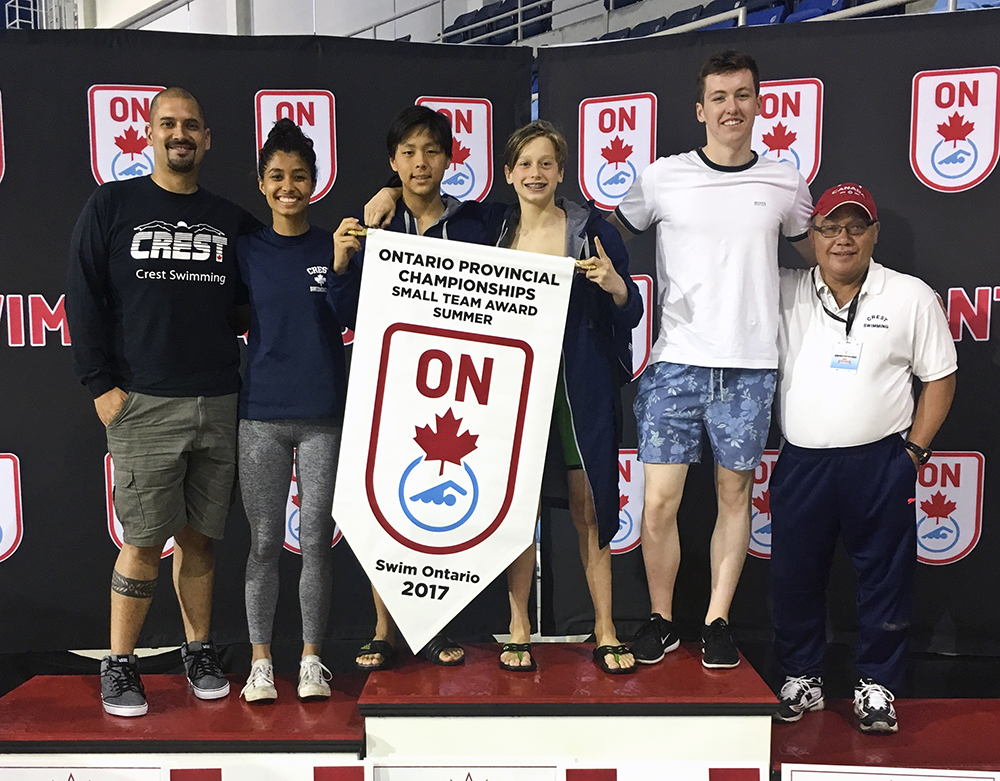 This is the fourth time the team has taken home the award, which is awarded to the small team with the most points earned by swimmers in a competition, in 2017.

The championship took place over the weekend of June 29 to July 2 at the Toronto Pan Am Sports Centre and was attended by a total of 145 teams. The win tops off one of the most successful years in the history of Crest Swim Club.

“I am incredibly proud of our team and the commitment and dedication that our swimmers demonstrated throughout the past year,” said head coach Wilfred Arzaga. “This is a small team that punches above its weight because we have a community that supports us and swimmers who have talent, heart and outstanding team spirit.”

And they’re not done just yet. The Crest swimmers will be taking that heart and team spirit to the Canadian Junior Championship qualifiers on July 26-31 once again at the Pan Am Sports Centre in Scarborough.