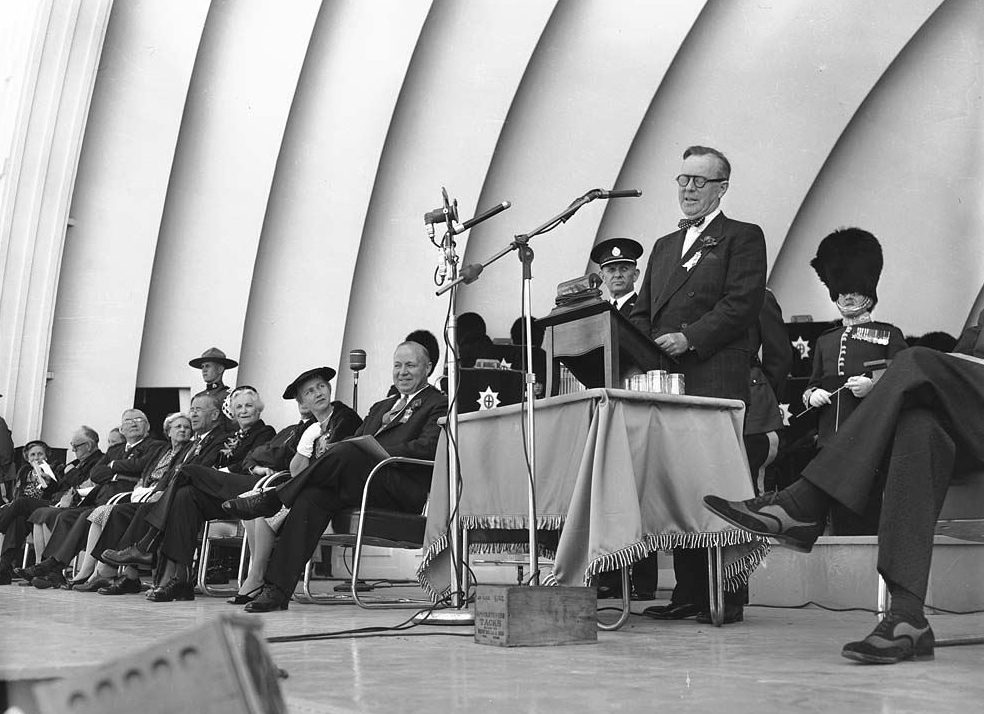 The author's favourite politician at the opening of the CNE. PHOTO: City of Toronto Archives

This issue, for Canada’s 150th birthday, I am writing about my great country – the land of my birth and, to me, the greatest country in the world.

As an amateur historian, I thought I would write about some of the different parts of our history. Canada has gone through many changes since 1867, and even before – some changes were good, some bad. I hope that future generations – and I count upon my own children, grandchildren and great-grandchildren – to strengthen and make Canada an even greater country than she is today.

We say that our nation was based upon the two nations, the French and the English. But our country owes the most to those who were here before us, and whose land we are on, this country’s Indigenous peoples. The injustices perpetrated on the First Nations, Métis and Inuit are many, the effects are lasting, and it will take many years of work to bring about reconciliation.

History has judged, and will judge, our leaders: Sir John A. MacDonald, the political father of Canada; George Étienne Cartier, our French Canadian father of Confederation.

There are so many facets of Canada – from the Pacific to the Atlantic, our Great Northwestern and Eastern Arctic, we are a vast country. From Newfoundland and Labrador to British Columbia, we are proud. Canada has been blessed with millions of immigrants that have helped turn Canada into the great country that it is. Our military, our doctors, scientists, teachers, miners, fishermen and fisherwomen are all part of Canada’s mystique.

My personal favourite politician is Lester “Mike” Pearson, who won the Nobel Peace Prize for his work towards establishing world peace. He is but one of countless politicians who have built Canada.

Another one is Tommy Douglas, who introduced medicare to Canada.

Our two great doctors, Banting and Best, whose work in medicine has saved millions of lives.

The first patient to receive insulin from Banting and Best lived in the Beach, a place I am proud to call my home. The Beach, in Toronto, Ontario.

We must remember that the province is also 150 years old, and that the first premier was John Sandfield Macdonald (some of you will check your history texts, but yes, there were two Mac’s in our founding year – one the prime minister, one the premier of Ontario).

On July 1, Canada Day, I will be in the Queen and Lee area at our historic Beaches Branch Library, an area that predates Canada’s 150th birthday, with our pioneer Joseph Williams having settled here in the 1850’s. The Beach is as old as Toronto, which dates back to 1837 and ends at the present McLean Avenue, which at one time was known as four-mile point – four miles from the centre of Toronto to the east.

There are many ways to experience local history this summer. On July 15 at 1 p.m. we will meet at Woodfield and Queen at the old Ashbridge estate, where everything started in the east, and we will see the old chuches, Maple Leaf Cottage and other historic spots.

On July 29, we will meet at Balsam and Pine Crest, the Balmy Beach School, at 1 p.m. to see the homes of Glenn Cochrane, Doris McCarthy and William Kurelek.