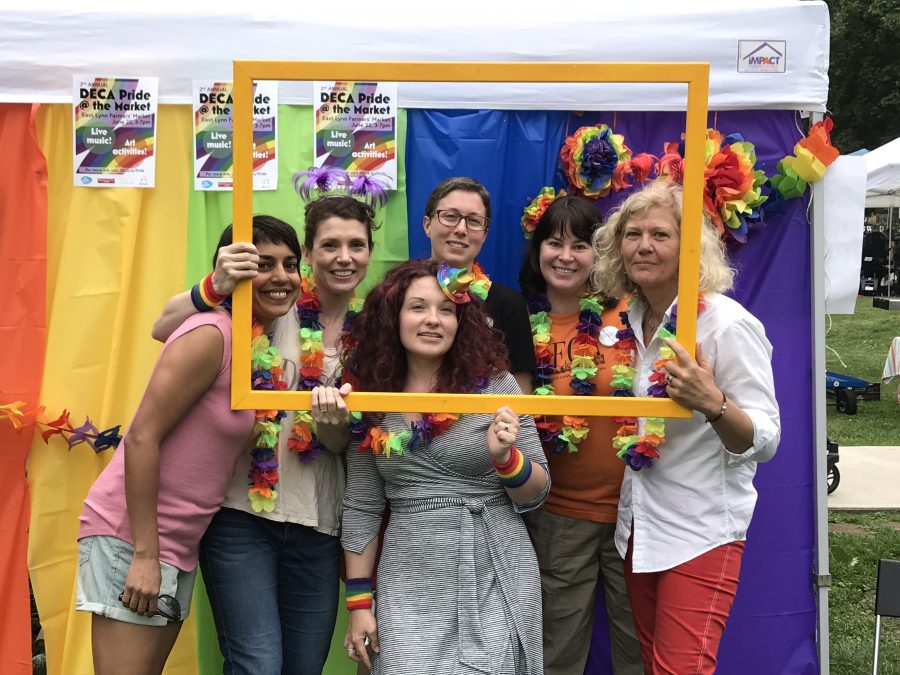 “I think anyone could come and feel like they might want to stay here, and it’s just kind of a relaxed atmosphere,” said Sheri Hebdon, who started DECA Pride last year after realizing that while there were a lot of LGBTQ+ people in the neighborhood, she did not know of any organized queer space.

“It started off as just social events to see if people would come, and people came and we decided to do a market event to celebrate Pride, because we have this great community event every Thursday,” said Hebdon, who is also the chair of DECA.

Tracey Jacobs, who runs Silly Goose Kids with her partner Shamie Ramgoolam, said that they first got involved in the event last year, and decided to help out again this year pretty early on.

“I contacted Sheri early this year to say we would love to be involved again. We are a children’s store as well as a two-mom household, [so] family pride is important to us,” said Jacobs.

Hebdon said that while the event was meant to celebrate Pride, she also hoped that it would bring attention to the vendors at the market.