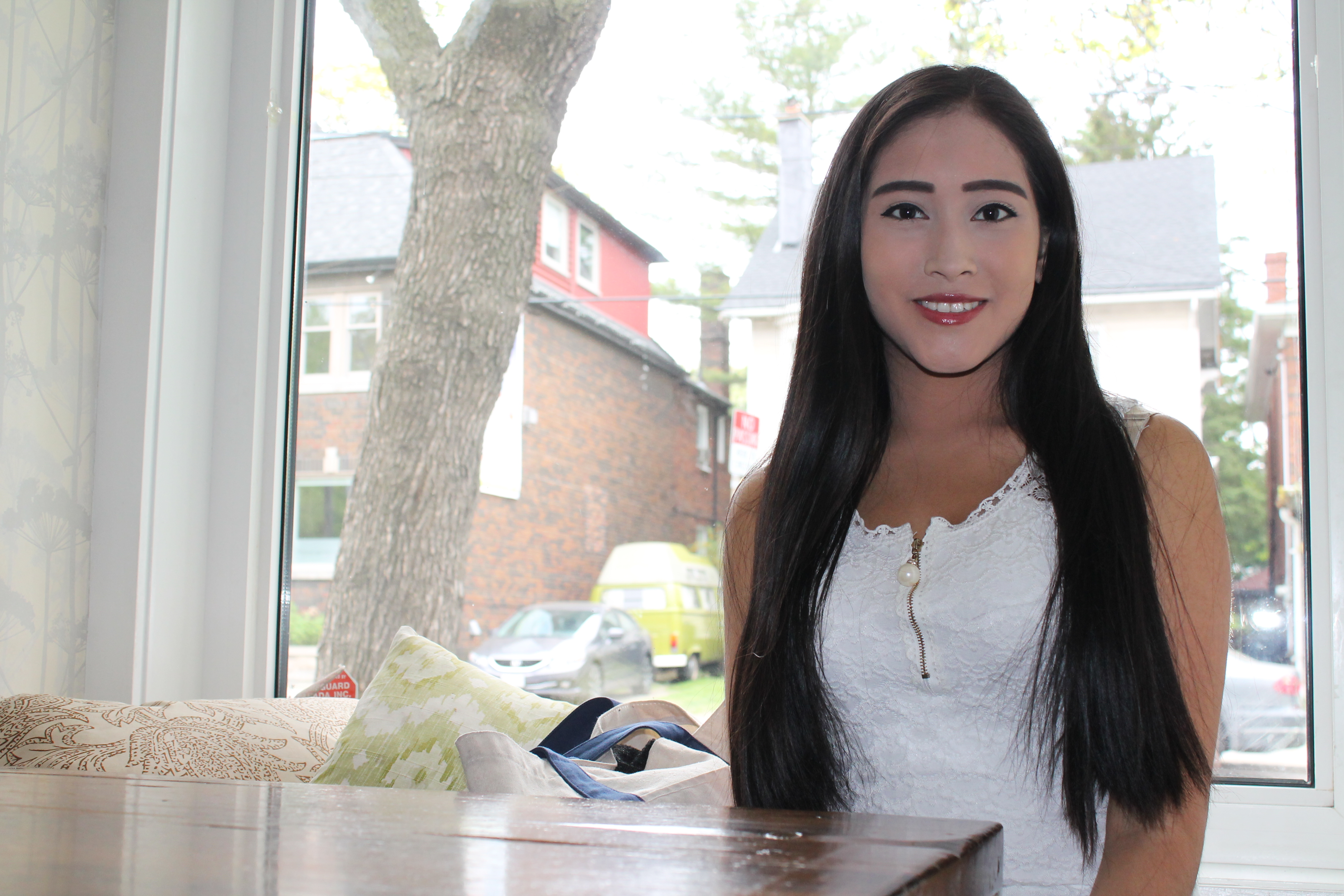 Taking home the gold has a different meaning than most for 18-year-old Sara Upsher.

Though she only just finished her first year of university at McMaster, the Beach resident has more volunteer hours under her belt than most adults – and has recently been given a gold medal for her work.

The gold level Duke of Edinburgh award celebrates her volunteer work and community involvement. Upsher attributes her love of giving back to her parents who were the first to introduce her to volunteerism.

“I think I was six the first time we went to Malawi,” she said, explaining that her father – a doctor – was working with victims of the AIDS epidemic at the time.

“I couldn’t actually do any of the medical work because I wasn’t a doctor but my sister got to work in the actual patient’s room and my mom and I went to a back room and were counting pills,” she recalled.

While she understood there was a purpose for the work they were doing, young Upsher didn’t quite understand why their help was so necessary.

Pointing to the security guards surrounding them, her mother, Kim Echlin explained that extreme poverty and poor health in the area had led residents to become desperate to obtain medication.

“After that I just kind of started learning [about world issues] and getting interested,” said Upsher.

Eventually, volunteering became both a passion and an escape for Upsher who admits she did not have an easy time during her school years because of schoolyard bullying. In order to shift her focus away from the bullying she experienced, she turned to helping others.

As luck would have it, her family connected with another Beach area family who were heavily involved with an organization called ‘El Hogar’ in Honduras.

“We went down one summer and volunteered with the kids and worked on Spanish and taught English, [we] did all this amazing work with them,” she explained.

Upsher loved the experience so much that she decided to do it again the next year.

But the second trip also included a more personal journey.

“I’m adopted,” she said. “I wanted to learn more about where I was from and my family.”

Her birth mother is from Guatemala, and Upsher was given the opportunity to meet her.

Upsher said she quickly recognized how prevalent poverty was there, and was able to gain a better understanding about why her birth mother chose to put her up for adoption. She also realized that “there was so much to be done around the world but there’s also so much to be done in our community. So I started doing volunteer work at old age homes and just trying to get more involved.”

Her sister, who is eight years older, took the Duke of Edinburgh program when she was younger. Upsher, hoping to follow in her footsteps, decided to get involved with the program as well.

The program offers three different levels – bronze, silver and gold – and each level incorporates a combination of skills, volunteerism, adventure, and fitness.

“Bronze is meant to get you out there and have you start learning new [skills] and silver was more of that,” she explained. “But gold, they added a residential portion so I ended up going back to El Hogar to do more volunteer work.”

As for the adventure portion of the program, Upsher decided to canoe the Rideau Canal with a group of friends, including her dad.

Between patching together ponchos to protect their tent from the rain and discovering that they had accidentally camped out on a snake pit, the adventure passed the test.

Upsher may have completed her Duke of Edinburgh program but her plans have just begun.

The university student has big goals that include expanding her knowledge of four different languages – French, Spanish, Korean and Japanese – so that she can achieve her goal of becoming a translator one day.

“I feel like it’s so useful to have language, but so many people don’t have the opportunity to immerse themselves in language,” she said. “A lot of the stuff I’ve gotten to do and gotten to see, it’s just changed my world completely.”

She wants to help others have that opportunity, she shared.

“Thankfully, I was adopted into a very stable family that had the ability to allow me to do these things, whereas there are other people who want to do these things but they don’t have the same financial support that I did,” she said.

“I want to find a way to make opportunities for people.”