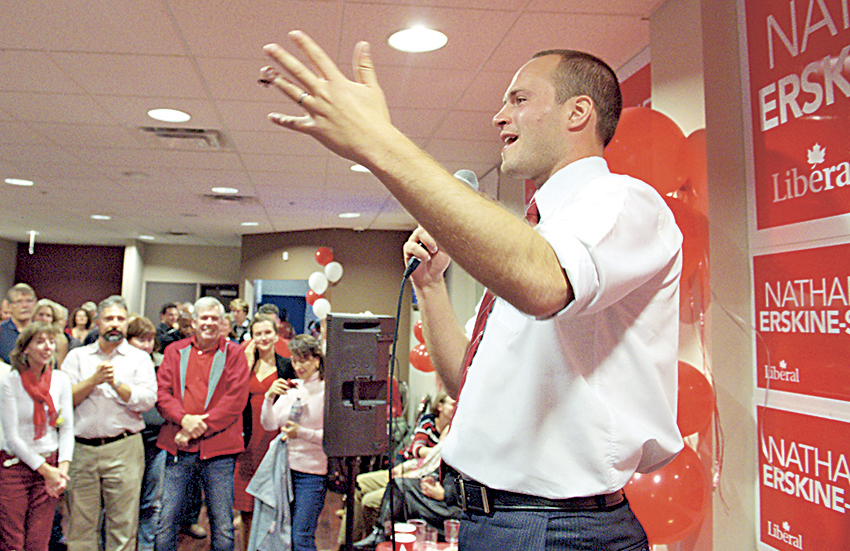 That’s because the House of Commons is expected to vote later today on whether or not to accept the report of the recent special committee on electoral reform. The report, produced by an all-party committee, recommends that the government move forward with electoral reform. The Liberal government, citing a lack of consensus, has said that they will not go ahead with making changes to Canada’s voting system, despite indicating their intention to do so during the 2015 election campaign.

Electoral reform advocates believe today’s free vote could put pressure on the government to change its mind. With the NDP, Greens and the Bloc all expected to vote to adopt the report, the vote would pass if 20 Liberal MPs went against party line and voted yes.

Beaches-East York MP Nathaniel Erskine-Smith, who has been critical of his party’s position, is one of the Liberal MPs planning to vote in favour of accepting the report’s recommendations.

“I will be voting to concur in the ERRE report,” said Erskine-Smith in an email yesterday afternoon. “Electoral reform is important to many constituents, it’s important to me, and I’ll continue to be an advocate for reform as long as I’m in Ottawa.”

He said he is not sure how many other Liberals will vote to accept the report, but said that regardless of the vote’s outcome, in his opinion “it’s too late for any change to our voting system before 2019 (the next federal election) … Having thought a lot about the issue, and speaking to many constituents who are passionate about reform, I think that a fair compromise would have been a referendum at the same time as the 2019 election.”

Fair Vote Canada executive director Kelly Carmichael said that her group will be watching Liberal MPs closely. A survey conducted by Fair Vote Canada during the 2015 election found that 40 elected Liberal MPs “agreed with us on the principle of proportional representation and to change the voting system,” she said.

“If they all vote against it … it tells us a lot about party politics,” she said. “And how MPs tend to vote with their parties than vote their conscience.”

That’s the “elephant in the room” for Carmichael.

“The prime minister isn’t supposed to make arbitrary decisions all on his own, we have MPs who are supposed to vote in legislation and they’ve never had an opportunity to vote on this at all,” she said. “The government works for the people. Who determines the priorities of the government, the people, or the prime minister? And that’s what this vote comes down to. This is an opportunity for MPs to put it back on the table.”

And if the report is shelved?

“If the Liberals use their majority, electoral reformers will build a strategic campaign to make sure we have a minority government in 2019,” she said. “We have no choice. Fair Vote Canada has Liberals on our board, we have lots of friends in the Liberal party, but democracy can’t be held hostage by the back room of the Liberal party.”

Politicians generally talk about the principle of proportional representation when they intend to botch its application in practise. UK independent reports usually support the Single Transferable Vote, which actually is the original and genuine article. But self-serving politicians, world-wide push the degraded version of making the electorate vote with a crude cross for a whole party list.
Electoral reform in Britain and Canada has become, in modern times, a narrow-minded obsession with a spoils system of hijacking votes for sharing-out party seats, effectively abolishing personal representation for corporate partisanship.
Richard Lung. “Democracy Science” links 3 free election method e-books.

No real surprise that Liberal MP Erskine-Smith voted against his party again. He aligned with the NDP on a highly impractical animal rights bill that stood no chance of being adopted over objections from rural and northern Canada. Like the NDP, Erskine-Smith seems to believe that pursuing ideologically “perfect” minority positions is more important than making solid, practical progress for all Canadians.