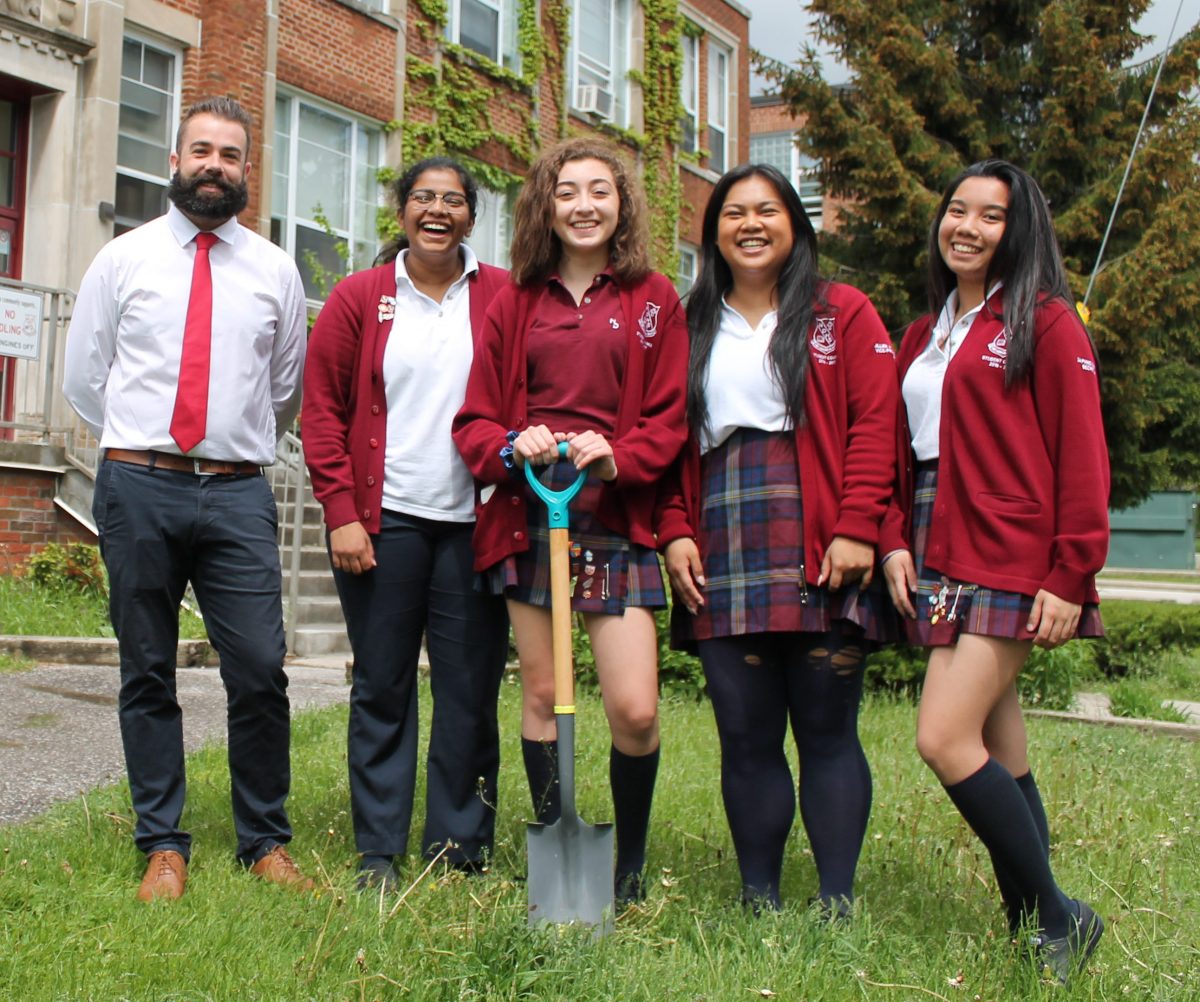 In celebration of the 100th anniversary of Vimy Ridge, Notre Dame High School will be planting a ‘Vimy Oak’ in the front of the school June 2.

The oak trees were originally brought to Canada by Leslie Miller, a WWI soldier who fought in the battle of Vimy Ridge, according to the Vimy Oaks Legacy Foundation, the not-for-profit that distributes the saplings. Miller sought a souvenir to bring back to Canada after the war had been won. Although the landscape was largely destroyed by the war, he managed to find a half buried oak tree from which he gathered several acorns.

When Miller returned, he planted the acorns on his farm in Scarborough – now called ‘Vimy Oaks Farm’. The ancestors of those Vimy oaks are now planted across the country, with one to be planted in front of Notre Dame.

Evan Smith, teacher at Notre Dame, said that they first learned about the trees through Beaches-East York MP Nathaniel Erskine-Smith and have since “been successful in obtaining one of these trees. [The front of the school] is where we hold our Remembrance Day celebrations every year so it will be fantastic to have a living artifact from Vimy Ridge for the students to connect with for the next 100 years.”

Smith said that students learn about the history of Vimy in their Grade 10 history class each year but said “with it being the 100th anniversary of Vimy Ridge, there was much more emphasis put on it during Remembrance Day.”

While the school is still working out the roles students will play during the ceremony, he said some will come up with questions for Erskine-Smith, others will write letters to Trudeau, and some students will be directly involved in digging the hole for the tree.

Smith also believes the tree has a greater significance for the community as well because “someone fought on the battlefield and brought part of France with him and now we think a hundred years later that life has improved and out of that terrible battlefield that something is growing and there’s new life. So I think just for the community to know the history of the tree…I think the public needs to know that that’s going to be there.”

The tree planting will take place June 2 at 10 a.m. on the front lawn of Notre Dame High School. All are welcome.