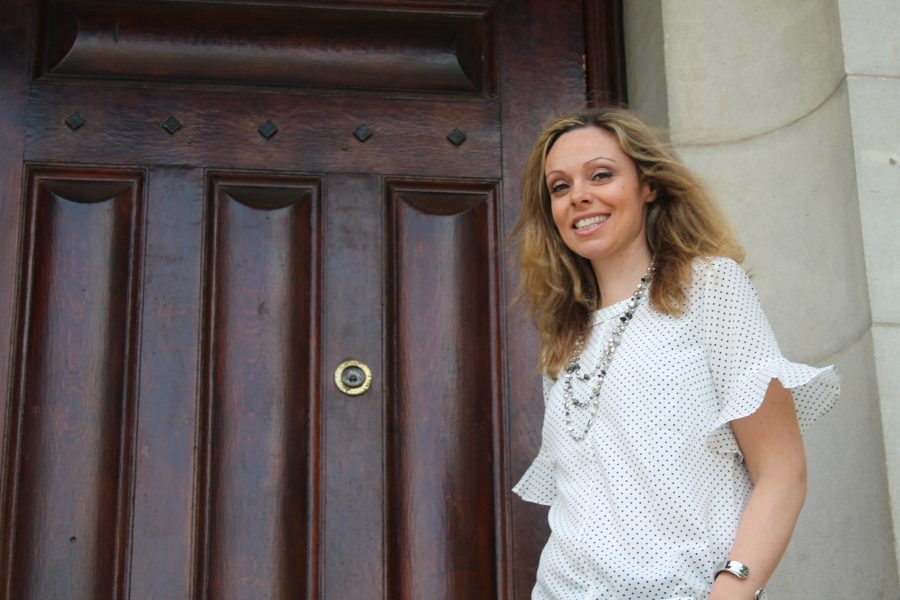 She may be a new face in Community Centre 55, but Jade Maitland is no stranger to the Beach area.

The Beach native attended Earl Haig when she was in elementary school and then went on to Malvern Collegiate Institute for her high school years before attending George Brown College.

“Growing up I was always the one who was organizing friends and planning parties so [event planning] just came naturally to me,” she explained.

It wasn’t until she took a job on a cruise ship, however, that she realized she could turn her passion into a career.

“I went and worked for a cruise line in my early 20’s and I ended up working with kids and doing the events on board with the children,” she recalled. “And when I was doing that, just through my experience, I realized I’m really good at planning events and doing special events and being in that environment.”

It was then that Maitland made the decision to return to school at George Brown College for special events management, and later, gerontology.

After graduating from George Brown, Maitland got her start at West Scarborough Community Centre where she was the senior living coordinator before moving on to Better Living Health and Community Services where she remained until recently.

As fate would have it, she first learned about the potential opening at Centre 55 years ago when she was working on a seniors event in collaboration with the Centre 55 team which included program director, Evonne Hossack and executive director, Debbie Visconti.

Hossack mentioned in passing that Nancy Culver would be retiring within the next six years “and it’s been on my mind ever since because I thought, that would be my ideal job!” said Maitland.

Although she was happy working at Better Living, she said when she saw the article about Culver’s retirement in Beach Metro she began to feel excited about the potential prospect of working at Centre 55.

Two weeks into her new position, Maitland said she’s starting to get a feel for things but “right now I’m basically trying to see where I fit in without stepping on anyone’s toes. My goal [is] to grow within this position and implement new events as well.”

Outside of her new role as volunteer and special events administrator, Maitland is also a mom to a four-year-old son.

“Basically everything revolves around him,” she said smiling. “He’s super sweet, he’s active, he’s part of t-ball with East Toronto so we just started that. He’s really into drama and he’s actually very good! So it’s just very busy. We’ve got birthdays and extracurriculars and all of that stuff so it’s really fun but it’s really busy.”

On their downtime, she and her husband – who live in the East Danforth area – frequent East Lynn Park.

“If we’re going to go out for a nicer dinner we go [to Local 1794]. We spend a lot of time in the Beach on Queen Street so one that we actually take Harper to all the time is the Green Eggplant,” she said. “I really like the food there actually, that’s one of my favourite places.”

As for the future, Maitland wants to keep it simple and focus on helping people closer to home.

“At this point in my life I really am passionate about being involved in the community and I’m really looking forward to making a difference.”