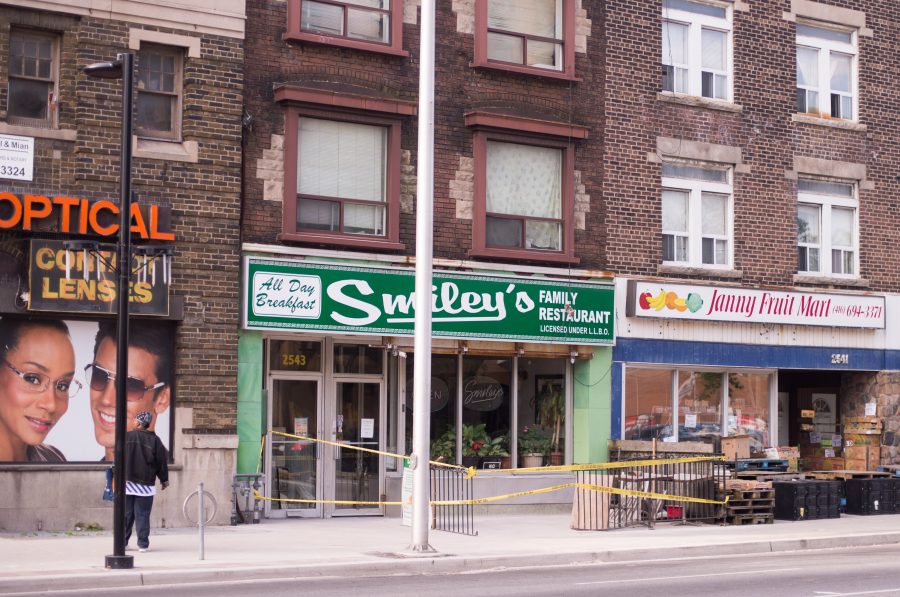 Debris left over from last night's accident near Main and Danforth was cleaned up in time for the morning commute, but Smiley's restaurant remained closed. PHOTO: Anna Killen

Toronto Police have confirmed that a 76-year-old male was struck by falling bricks last night after a portion of a building crumbled in the Main and Danforth area.

Police said they received reports of a collapsed building at the corner of Main Street and Danforth Avenue around 6:15 p.m. on May 17.

The victim of the collapse was taken to hospital with a non-life threatening head injury.

A portion of the road and sidewalk were temporarily closed after the incident.

The cause of the collapse is not yet known.

You may think his head trauma was non-life threatening..but he is a good friend of mine and 76 years old! His body is completely full of bruises and when he took his baseball cap off to show me his head, there were staples where it had been split open, and still a lot of blood drying on his scalp–on the 28th which is a full 10 days later! If you think this happening to a 76 year old person is non life threatening, think again!