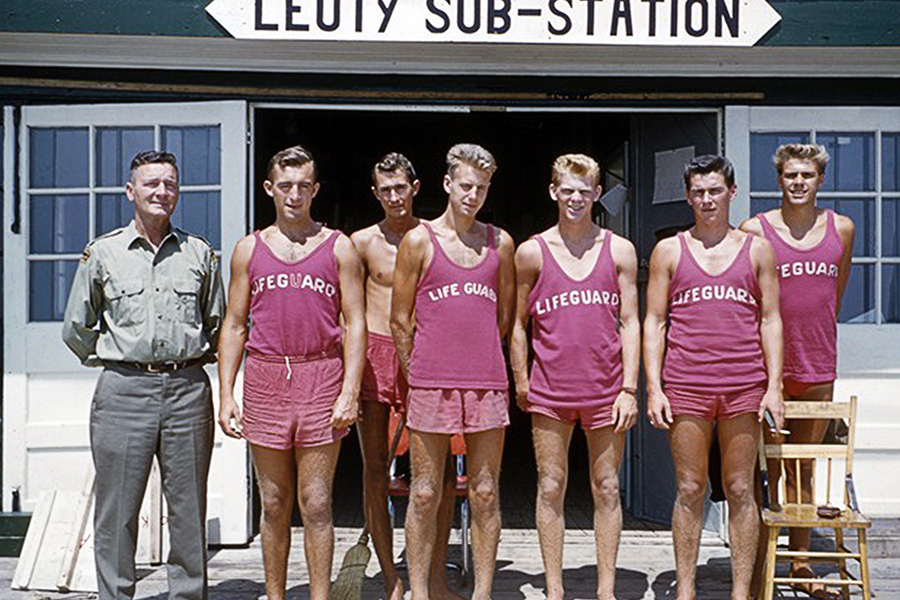 I was pleased to see the article “Former Leuty Lifeguard wants to hear from you” featured on the front page of the March 7, 2017 issue. I would like to thank all those that offered to share their information about life at Kew Beach in the 1950s and 1960s. With your help I have been able to put names to the seven people in the picture.

People are an extremely valuable source of information that often get overlooked.

Lifeguard Richard Gage, who worked at Leuty from 1961-1965, supplied the last missing name: Jim Wyatt. He reminded me of the informal football games played by the lifeguards at Pantry Park.

His brother who lives in the Beaches area forwarded the article.

The most unlikely source of information was a great-niece of my fellow lifeguard Hugh Phillips.

She saw the article in the Beach Metro and thought that she might be able to help.

Michelle Cuthbert will be one of the head lifeguards at Leuty this year.

The comments received remind me of the “Role of Chance” in finding sources of information.

Now it will be my task to put all the information together. I appreciate all the comments received.