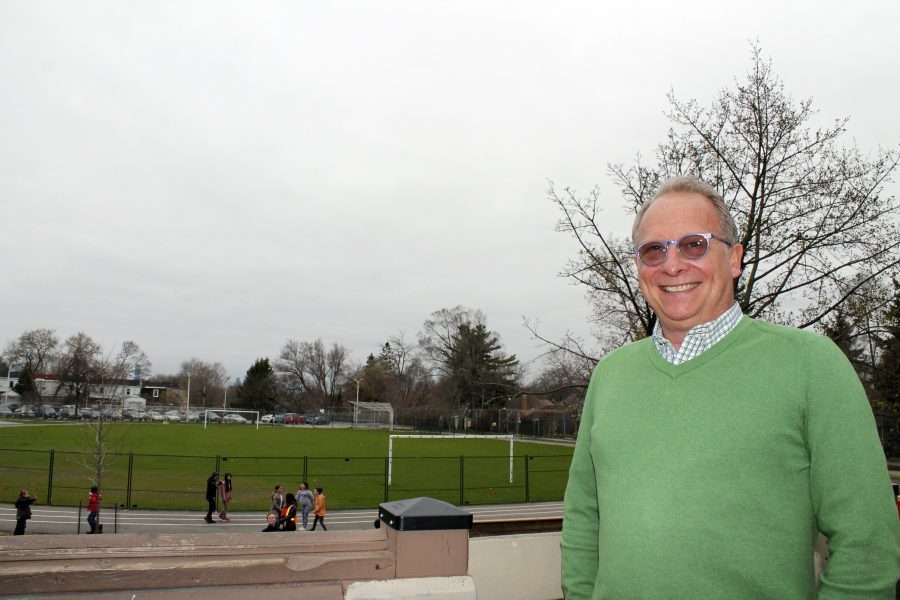 At the risk of sounding bourgeoisie, the principal of Williamson Road Public School has a request: Get off our lawn!

The school isn’t trying to be unneighbourly, explained principal Brian Svenningsen. A fence has been around its popular field since last fall because officials are trying to give the grass on the new field some space to grow.

“Unfortunately, we’ve had the fence opened, we’ve had parts of it pushed down,” he said, noting that he was told a sports group was using it a few weekends ago. This is despite putting up zip ties and wire all along the fence, on top of posting signs up and sending notices to the community.

“What we need is the grass to grow out so that it weaves the roots and that allows it to repair itself,” he said of the field, which is one part of a years-long, thousands of dollars community-supported project to address the school’s historic problem with flooding and pooling water in both schoolyards.

“After a rainfall you could see the path of the rain through the field,” he said. The slope of the land led the water down to the lowest point. “We would have water pooling in the lower yard and because of our winters being freeze, thaw, freeze, thaw, then we’d get a sheet of ice there.”

The schoolyard also had a drain that the water would funnel into, but “because we use wood chips for around the playground equipment and we use mulch for around the trees … water carries everything, so it carried that and it would go down the drains and clog them.”

For the school’s 100th anniversary in 2014, the community pitched in to help Williamson Road’s water problems, as well as put money towards improving the overall aesthetic of the field.

“The community raised [about $80,000] for the enhancement of the yard, so we now have a 260-metre track all around the yard, we have a gathering area, we have a storage unit so we can have more outdoor education and we have a nicer sitting area for the students,” said Svenningsen.

The Toronto District School Board also chipped in a considerable amount of money to put towards the revitalization project that went toward preventing future flooding and maintaining a plan to keep the fields in top shape for both the students who use them, along with the community who also uses the land, he said.

The work finished at the end of September and a large fence was put up around the field in order to protect the grass and allow it to grow, stabilize and weave together – and it won’t be complete until it can.

The hope was to re-open the field by the spring but because of the delays, the field will now have to remain closed until June.

“When TDSB did an initial view of it end of March [the grass] hadn’t started that weaving process, so we decided to keep the fence up. We’re going to give it a shot of fertilizer and then we’re going to reassess at the beginning of June.”

But the more people continue to push their way into the field, the longer the field must remain closed. The request therefore, is simple: leave the fence closed and let the grass grow.

Svenningsen said he is confident that once people understand why the field is closed, they will respect the temporary boundaries.

“One of the things I’ve always appreciated about our community is whenever I’ve approached people about difficulties or issues or projects, they’ve always been very reasonable if there’s a rationale,” he said. “I really believe that if people know exactly why the fence is up and what we’ve been doing and the history behind it, they’re going to respect that because, again, this is a community school and the Beach is a strong community.”