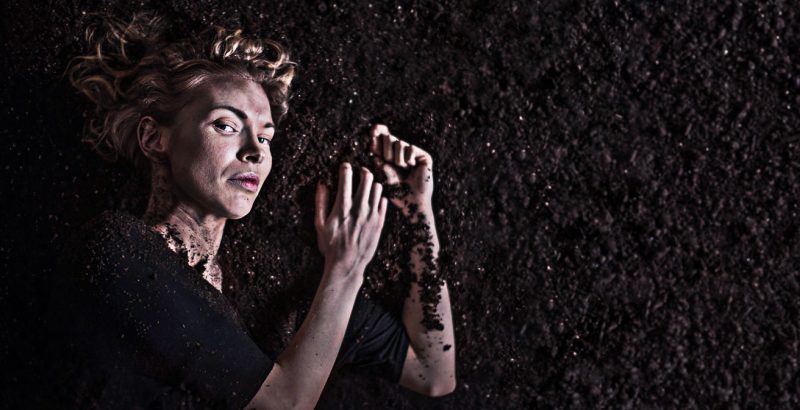 Why Not Theatre marks 10 years with a forward-thinking pay-what-you-can-afford production of Prince Hamlet, adapted and directed by Ravi Jain, at The Theatre Centre through April 29.

Presented in association with Soulpepper Theatre Company, the English and American Sign Language bilingual production shakes things up gender and culture-wise, reordering and reconstructing the classic tale into a contemporary accomplishment that asks the question: “Who gets to tell this story?” Prince Hamlet was Why Not’s inaugural production, and Jain’s new production is both a look back and a look to the future.

East End actor Christine Horne, who co-starred with Ellen Burstyn in the film The Stone Angel, plays Hamlet (Jeff Ho, artistic director of Factory, plays Ophelia), who is, of course, struggling to understand the world he lives in after the sudden death of his father. Karen Robinson, who lives in the neighbourhood and whose delightful deadpan can currently be seen on CBC TV’s Schitt’s Creek, plays Gertrude, Hamlet’s mother.

The diverse, dynamic and accessible cast and play’s creators breathe new life into a 400-year-old play, illuminating new life lessons and takeaways about what theatre can be.

Prince Hamlet opens Wednesday, April 19 at 8 p.m. with shows Monday to Saturday at 8 p.m. and Saturday at 2 p.m. at the Franco Boni Theatre, The Theatre Centre, 1115 Queen Street West. Pay-what-you-can-afford tickets at $5/$25/$50/$75. To purchase tickets call 416.538.0988 or visit tickets.theatrecentre.org. For more information theatrewhynot.org.