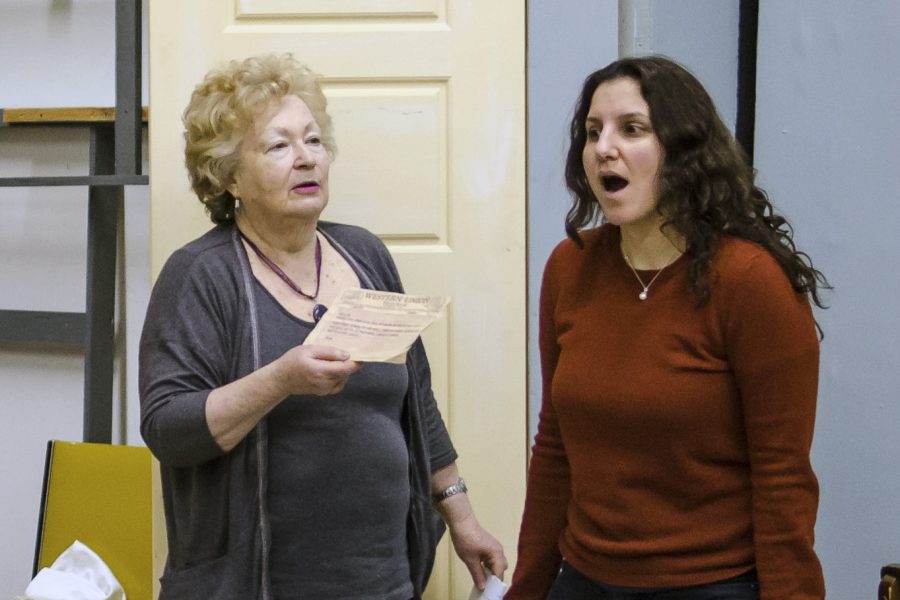 Jeremy Henson directs Tons of Money, a comedy by Will Evans and Valentine and adapted by Alan Ayckbourn, for Scarborough Players’ next production.

Opening April 7, the show centres around Aubrey Henry Maitland Allington, an inventor down on his luck. Drowning in debt, he suddenly inherits a sum of money – but needs to figure out a way to claim it so that the creditors can’t. The obvious solution? Fake his own death, of course.

With Christopher Wakelin as Aubrey, Paula Wilkie as Benita Mullett and Konstance Koutoulakis as Louise Allington, the play promises to be a riot and a further example of the high quality community theatre the company is known for.

Recommended for ages 8 and up, with a wine and cheese reception following the opening night performance on April 7th. The show runs through April 22. Scarborough Village Theatre is at 3600 Kingston Rd. (at Markham Rd.), Scarborough, ON. Tickets can be purchased at 416-267-9292 & online at www.theatrescarborough.com