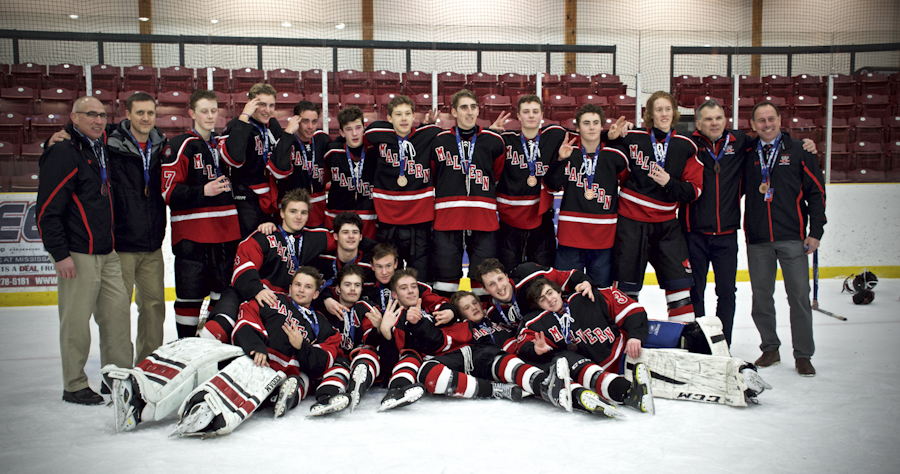 The Malvern Black Knights AAA hockey team skated their way to the top end of the provincial pack on March 24, winning the bronze medal at OFSAA.

First, the team tied the second seed team in pool play and then followed it up by knocking out the number one seed team in the quarter finals.

Ultimately, the Black Knights lost only one game in a shootout goal.

The team then went on to play Denis Morris Catholic High School from St. Catharines in the bronze medal game winning 6-3.  St. Denis had defeated them in double overtime earlier this year, making the win even sweeter.

While seven of the Grade 12 boys on the team will be leaving after this season, the team still has “a good crop of returning players,” said coach Doug Underwood.

According to Underwood, outstanding performances during the tournament went to Ty Chambers, Hunter Volden, Will Stewart, Morgan Williams and goaltender, Ryan Bird.

Great achievement by a fine group of young men. They did their community and Malvern Collegiate proud at OFSAA. Congratulations!