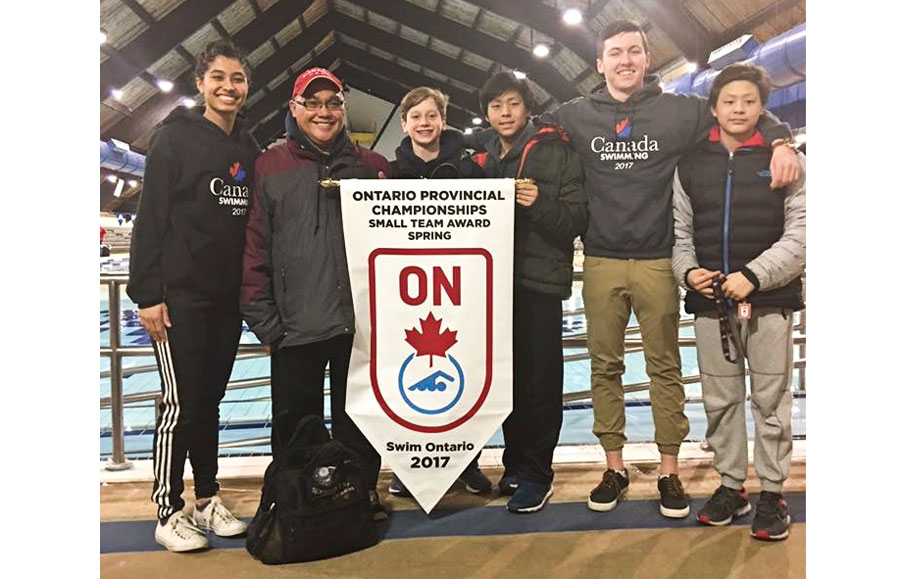 The Crest swim team after their big win. PHOTO: Submitted

This was the first time Crest had won the award, which is given to the small team with the most points from individual or relay events. The team also won the small team award at the Swim Ontario Winter Festival in February 2017, and was awarded most improved team at the Summer Provincials in June of 2016.

“This is an outstanding accomplishment for these swimmers and the club overall,” said coach Wilfred Arzaga.

“We believe in a cohesive and personal training experience for our swimmers so Crest is a small team by design. We often go up against other teams which are much bigger, but time and again our small team shines through and our swimmers achieve great things.”

The 48-member team, who train at the Crescent Town Community Pool located at Victoria Park and Danforth, are made up of Beach area swimmers age eight to 18, but only five swimmers represented Crest at the provincial championships the first week of March.

“Crest has an amazing team spirit so it was really special to win an award that is about teamwork,” said Loewen. “We are all so excited and love that we are able to bring home this pennant and hang it in our home pool so the whole team can share the accomplishment.”