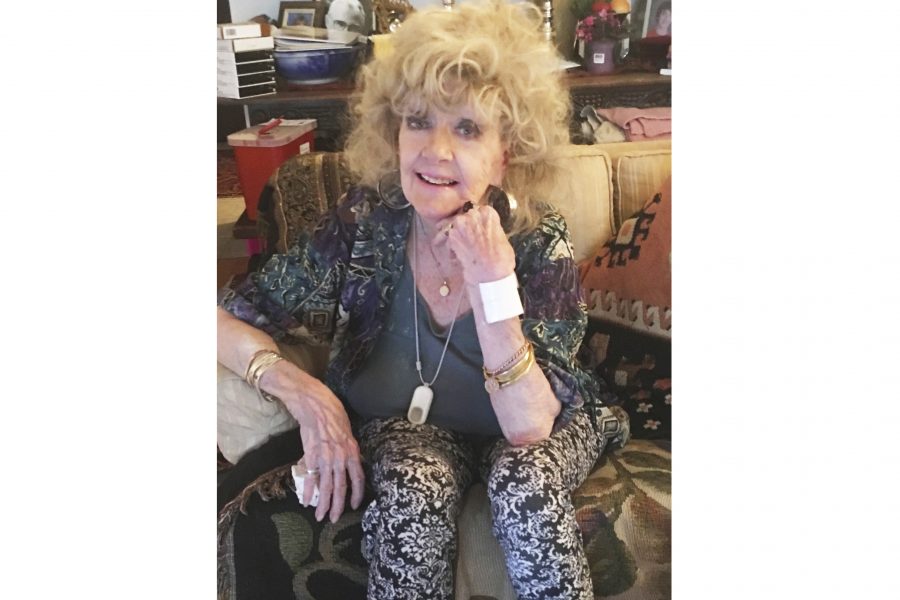 Joan Grant lived in the Beaches for most of her life and was known to many in the area as a kind-hearted person full of compliments for everyone. Her open smile, flamboyant style and big hair made her memorable to all who knew her or saw her in the shops along Queen.

Throughout her life, Joan owned beautiful homes on Pine Crescent, Glen Manor, Balsam, Beech and Maclean, to name a few. Her homes and gardens were open to friends, old and new, and she hosted intimate gatherings in a salon-style environment throughout the ‘70s, ‘80s and ‘90s. Joan was a great collector and filled her homes with art, antiques and Persian rugs. She was a single mother to Jamie and Jono Grant and made a living by trading up her homes and selling a valuable rug from time to time. In the early ‘80s, she owned the gift shop “Heathercraft” at Wineva and Queen.

During the ‘70s, Joan was a member of the On Kew Players, directing and performing in a number of grand productions at Kew Beach United Church. There she met many of her most creative and talented friends, including Ray Winner, Ian McPhail and Rod Maxwell. In her ‘20s, Joan worked for Parks and  Recreation and helped open and run Matty Eckler, Jimmie Simpson and SH Armstrong Recreation Centres. Her work in Parks and Rec was one of her proudest accomplishments.

In recent years Joan was often out and about in the Beaches. A Beacher to the core, she would not travel beyond Broadview, Vic Park or Danforth and lived her life as close to the lake as she could. She enjoyed the breezes in the summer and the warmer winters. In the past two years, Joan continued to volunteer at the Beach United Church and worked up until discovering she was ill in early 2017. Joan lived her final days with grace and humour and will be remembered fondly and with deep love by all who knew her.