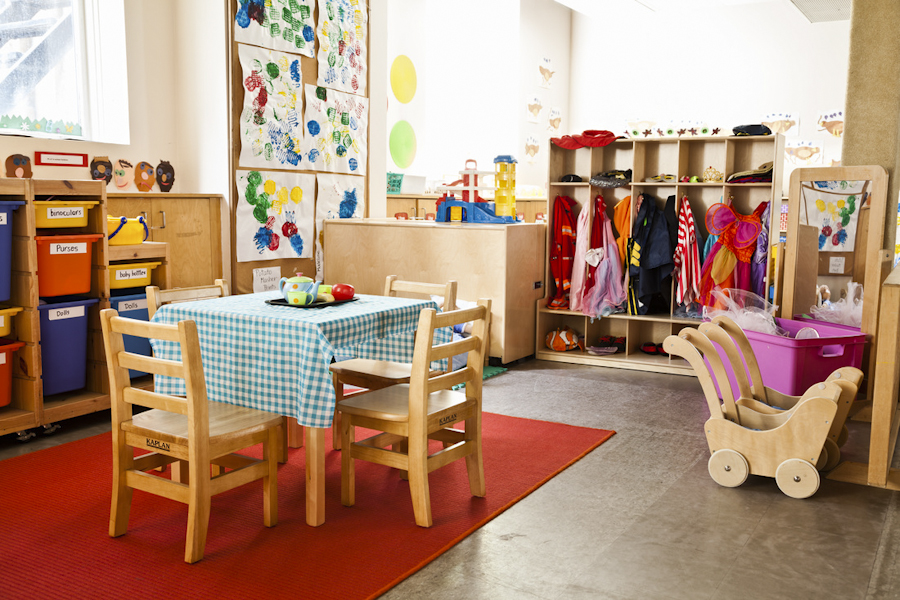 It’s a call for help that may come as a surprise to some given the urgent need for affordable childcare options in Toronto, but Dentonia Park Co-operative Nursery School (DPNS) – located in the Danforth Avenue and Dawes Road area – is at risk of permanently shutting its doors.

The nursery school, which runs a morning program, has been a part of the East York community since 1974 but after 43 years, coordinators of the parent- and teacher-run facility say low enrollment numbers mean the school may not be able to afford the overhead costs required to keep it running.

“Because the school has been around for about 40 years and holds an amazing reputation, it would be a serious loss for the neighbourhood and for the kids in it [if it closed],” said Michelle Bagelman whose three children have either attended Dentonia or are enrolled to attend in coming years.

The school operates as a not-for-profit co-operative and in order to keep their fees low, Dentonia asks parents of enrolled students to participate in a committee, attend general meetings, do two weekend laundry duties per school year, and actively participate in school fundraising. It’s a situation that parent Clifton Corbin believes “is ideal for the ‘new’, telecommuting, work-at-home or stay-at-home parent.”

Aside from keeping fees down, Dentonia believes this type of hands-on parental participation ultimately leads to a better experience for the children at the school and a higher quality of programs.

“The structured program offered at DPNS and the familiarity of children, teachers and parents on a regular basis provides security to young children. My son thrived when he attended, and my daughter who is there now loves it as well,” said Corbin.

Many involved in the Dentonia community have come to rely on the involvement not only for their children, but themselves as well.

“I would lose an affordable early education program – drop-ins do not compare to the stability and continuity this program offers our children,” said Michelle Kwan who has two daughters enrolled at the school.

“[But] I would also lose the community of parents, that as a stay-at-home mother I value and have come to lean on for support through these early years of raising my children.”

The school has around 19 families enrolled for the 2017-18 year, a combination of new and returning families, said Corbin.

It was upon hearing this news from the board in January that a group of parents including Corbin, decided to start a recruitment drive in order to increase enrollment and keep the school open.

Ward 31 councillor Janet Davis says her riding would be remiss to lose the institution.

“It is a longstanding co-operative nursery and it would be a real loss to see it close,” she said.

The school will be holding an open house April 1 to allow people to meet members of the DPNS community and view the facilities located at 140 Dawes Road.