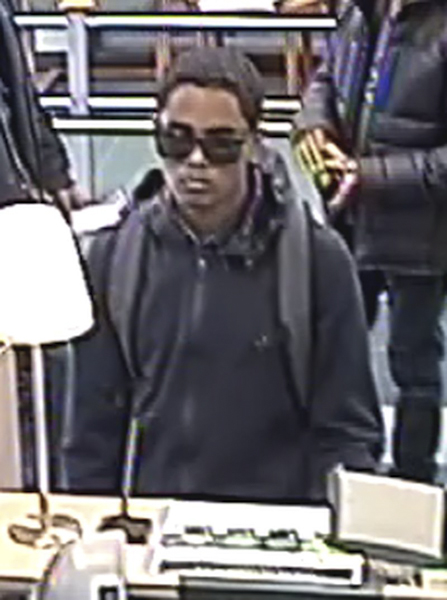 Toronto Police are seeking assistance locating a man wanted in the hold-up at the Danforth and Woodbine Avenue TD Bank, March 12. PHOTO: Submitted

Police are still looking for a man who robbed the TD bank at Danforth and Woodbine Avenues Sunday afternoon.

Toronto Police have confirmed that on March 12, the East End bank was subject to a bank robbery after a man entered the bank around 3:30 p.m. and demanded money by handing the cashier a note that said he had a gun.

The man fled west following the robbery and is currently still at large. Police are reviewing footage and appealing to the public for any information.

This is the latest in several bank robberies that have taken place along Danforth Avenue since December 2016, Toronto police inspector Michael Earl confirmed.

Five of the eight robberies have been solved. Police believe two of the unsolved robberies, which took place on January 23 and February 8, were committed by the same person.

According to a police report released March 29, the man is described as in his early 20s, 5’8″, 150 lbs., with short hair. Security footage of the suspect was also released.