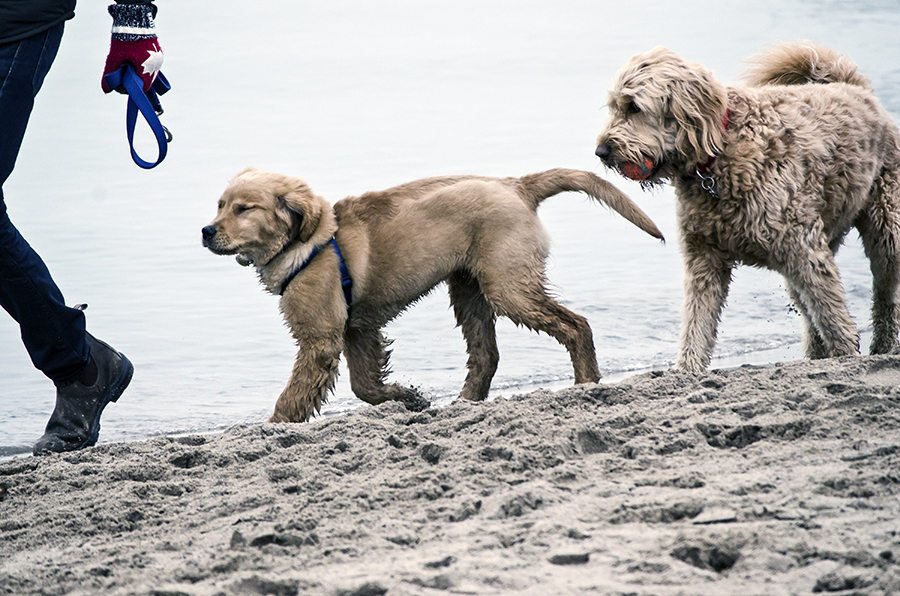 New bylaws state that dogs must be on a leash no more than two metres, unless they are in a designated area. PHOTO: Lara O'Keefe

Make no bones about it – new city bylaws aim to keep dog owners on a tighter leash. But whether these bylaws turn out to be more bark than bite is yet to be determined.

The new bylaws were passed by city council January 31, 2017 but officially came into effect March 1, 2017. Among the regulations to be enforced are provisions that ban the use of choke collars, choke chains, and pronged collars, prohibit animals from being left outdoors during extreme weather such as days when cold or heat warnings have been issued, and require all dogs to be registered with accompanying licence tags.

The bylaws also state that owners must keep dogs on a leash not more than two metres in length when walking on public streets, unless they are in a designated city park area.

In addition to these regulations, dogs can no longer be tethered on city property for any period of time. But for those concerned about what to do with their furry companion when running into the coffee shop, Elizabeth Glibbery, Manager of Animal Services has some clarification.

Glibbery said that “in the instance of running in for a coffee [tethering the dog outside] is not permitted, however enforcement is complaint based so we rarely get these types of calls.”

Still, taking a risk on any of the above would be ill advised – anyone who is deemed to be committing an infraction risks either receiving a fine – most of which sit around the $250 mark or, worse, having their pooch seized or impounded for a minimum of five days.

Again though, Glibbery was quick to dispel rumours that dogs will be collected “en masse” if they’re found to be tied up for short periods of time. If a dog is “tethered outside for longer than an hour, every effort will be made to contact the owner. We cannot remove the dog and where we are unable to locate the owner we have a number of options: Charge the owner [or] apply for a warrant to remove the dog.”

For more information about the new bylaws in effect, and ones that have been in effect for a while, visit www.toronto.ca/petsinthecity.