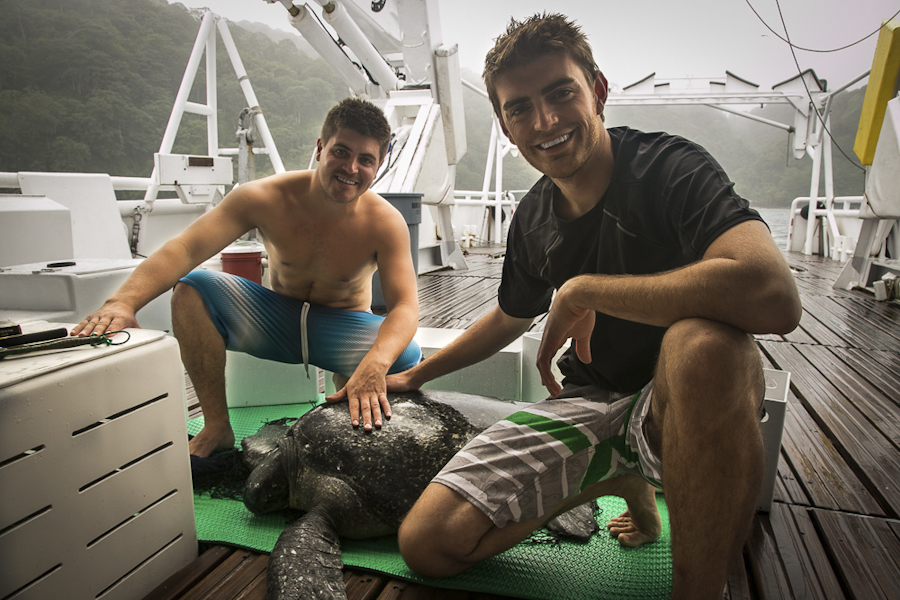 Beachers Tyler and Alex Mifflin are returning tonight for the fourth and final season of The Water Brothers on TVO.

The series, which is hosted, written and produced by the brothers, will see them travel to the Amazon in order to demonstrate the vital role water plays in our ecosystem. The episodes will also be focusing on the impact of deforestation, and how our love for sushi could be contributing to the extinction of some of the ocean’s biggest commercial fish.

“We are extremely excited about our fourth season,” said Tyler. “We are honoured to have a platform where we can help raise awareness and hopefully encourage viewers to take action and help address some of the biggest environmental challenges we face in the world today.”

The award-winning eco-documentary has taken the brothers around the world for the last six years and has earned them the BBC Earth Best Newcomers award at the UK’s Wildscreen Festival, and the Best Broadcast Series award at the 2016 Blue Ocean Film Festival.

By challenging viewers to think more carefully about the choices they make as consumers, Tyler and Alex hope to help us better protect and defend our planet for years to come.

“Everyone has a role to play if we want to create a sustainable future where water and biodiversity it supports are given the respect and protection they deserve,” said Tyler.

The Water Brothers returns on Friday, March 3 at 7:30 p.m. on TVO and will feature six action-packed 30-minute episodes.

To learn more about The Water Brothers, visit www.thewaterbrothers.ca