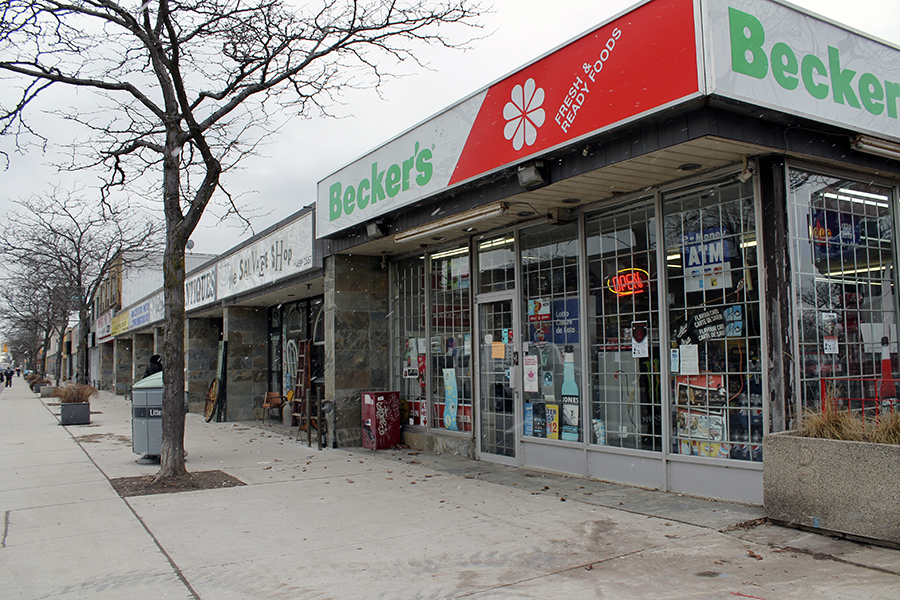 For years, Birch Cliff has been blossoming into a unique and character-filled neighbourhood tucked away on the outskirts of the Beach community.

Quaint cafes, small mom and pop shops, and the picturesque beauty of Lake Ontario and the Scarborough Bluffs have seen it embody the “small town in a large city” vibe the East End is known for and retain its charm from years gone by.

But the neighbourhood is set for a growth spurt with a number of developments on the way for the Birch Cliff neighbourhood.

“There has been a lot of interest not only in the Beaches but moving east and I think there’s a lot of interest in the mid-rise avenue development. As downtown is building up they’re slowly starting to expand and work its way out east,” said ward 36 councillor Gary Crawford about the development push in his neighbourhood.

More than a handful of condos are in the process of entering the area with some already under construction. Others are still in the early approval and development process.

Most recently, Core Development Group has made known their intentions to build a mixed-use condo development on a recognizable retail stretch of Kingston Road.

Bryan Nykoliation, President of Core Development Group, confirmed their intention to create an eight- to nine-storey structure which will include condos and approximately 10,000 square feet of ground floor retail space.

“So we’re taking tenants out, but we’ll also be putting [new ones] back in,” he said in a conversation over the phone February 7.

During a survey of the area last month, business owners were reluctant to go on record, but generally expressed concerns about the loss of their livelihood.

Kousika Shanthakumai, who has managed the Becker’s store next to Wimpy’s Diner with her brother-in-law for nearly 20 years, said she was shocked to learn about the sale and subsequent demolition of their storefront.

Pointing to all of the supplies in the convenience store, Shanthakumai said they’re searching for a new space but it’s not an easy task to pick up and move – especially when they only have a few months to do so and the prices of available storefronts in the city are so high.

Shanthakumai said that she was going into nursing school when her brother-in-law approached her to work at the Becker’s store instead. She took the opportunity because their future at that time seemed secure and bright. Now, that future feels less clear.

Acknowledging the effects on the business owners, Crawford said he thinks “this is the first development in Birch Cliff where existing businesses are impacted. Most of the other developments are infill on old lots. So I think the community is feeling it a little bit more, but they understand change does happen.”

And while the city has yet to see an application from Core Development, Nykoliation said they’re in the process of speaking with potential architects for the project. Once they have chosen a suitable candidate, plans for the building will become more clear.

As for the future of the business owners along the strip, Crawford said after speaking with Core Development representatives last week, he feels confident they will work with the current tenants to find a more suitable solution for all parties.

“There’s no point in kicking somebody out and having these vacant businesses for two or three years,” he said, noting the six month notices were sent out as a matter of legality. Nykoliation echoed this statement, sharing that the completion of the condo is estimated to take four years and in the meantime, they see no benefit in forcing the tenants to leave right away.

Making note of Nykoliation’s roots in the community, Crawford reinforced that Core Development Group is “community oriented [and] know the area really well. Their goal is to work really closely with the community for the next couple of years on what will potentially be going in there.”

How hard would it be for the City to require developers of condos that are displacing existing businesses to either a) find an affordable alternative location for that business or b) provide retail space in the new building for those businesses at an affordable rate? These small, vital businesses vanish while retail space in new condos sits empty for years (witness the Woodbine development, some of those storefronts have been empty since the beginning). It kills communities.