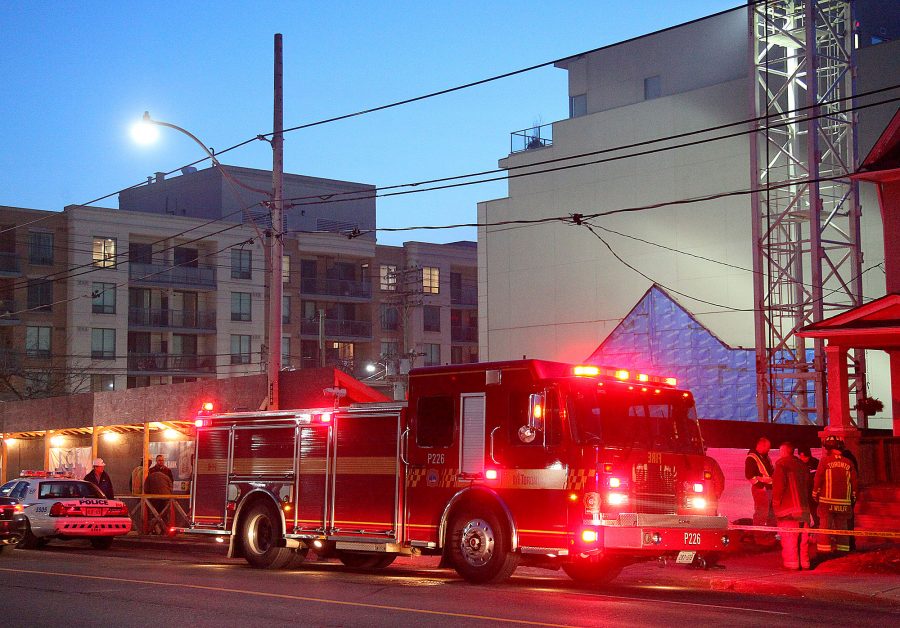 Toronto Police have confirmed a construction worker has died following an industrial accident at Queen and Woodbine.

Emergency crews were called to Queen Street East and Woodbine Avenue this afternoon.

According to police, the man was found trapped in a construction machine and had to be extricated. He was found without vital signs.

The Ministry of Labour has been notified and police are investigating.