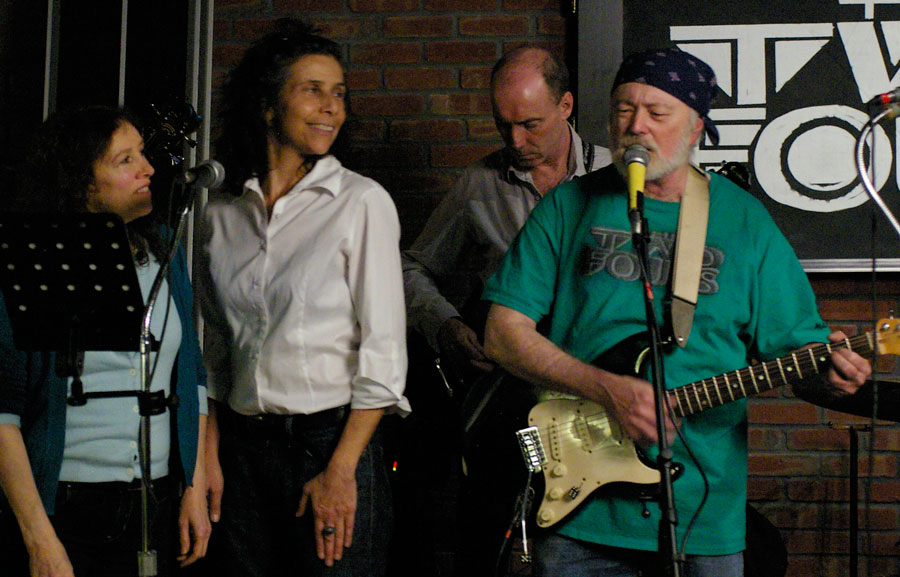 The Two Fours play at the Peppery Cat. PHOTO: Submitted

The Two Fours return to Peppery Cat on January 11 for their third gig at the year-old Queen Street East eatery. As with their first two performances there, they will warm up the place with a few short tunes, then open the floor to special guests and jammers.

Starting February 12, founders Wally Hucker and Corey Cousineau and the rest of The Two Fours will introduce the same format each Sunday afternoon. “At Peppery Cat and other places we have played,” notes Hucker, “many players and singers said they would follow us if we started Sunday afternoon sessions. So we are.”

Rounding out the Two Fours’ roster are John Hope on bass and Sean Hughes on drums. Hope, until recently, hosted Sunday jams at The Black Bear pub in East York, where he was leader of and lead guitar for the house band for four and half years. Hughes was that band’s drummer during the past year. Cousineau and Hucker regularly sat in with the pair, as well as being guest hosts.

Local players and singers are invited to check out, and play with, The Two Fours. Their repertoire spans roots, rock, rockabilly, country, blues, R&B, soul, and more. Music starts at 8 p.m. on Wednesday, January 11, and at 4:30 p.m. Sundays, starting February 12, at Peppery Cat, 1953 Queen St. E., at Kenilworth Ave.