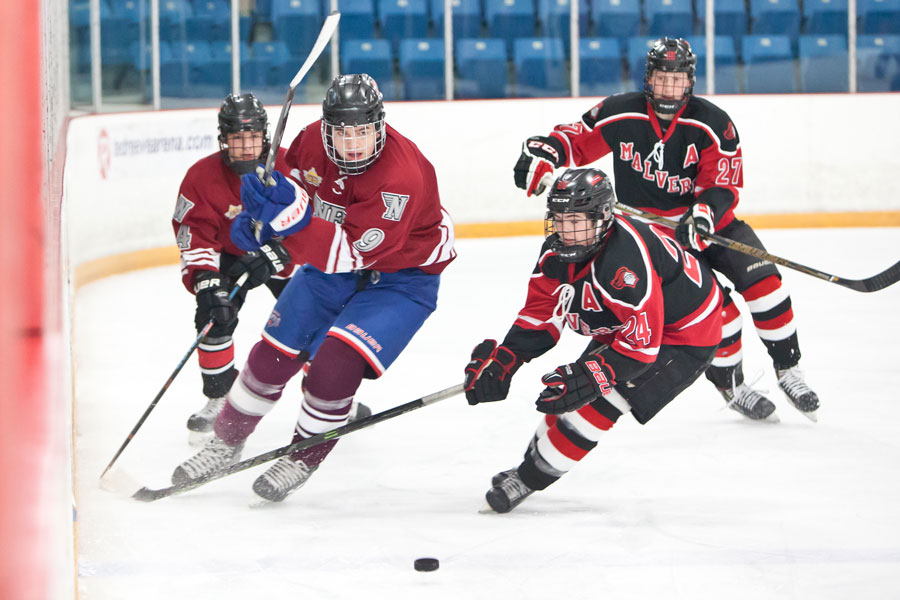 The two teams battled it out on the ice, showing their speed and agility as they sailed past the cheering crowds.

Ultimately, Malvern C.I. came out on top with a final score of 5-3, but in this game there were only winners – ice time at Ted Reeve Arena was graciously donated by Michael Haughton, and all proceeds from the event went to local charities including Community Centre 55.