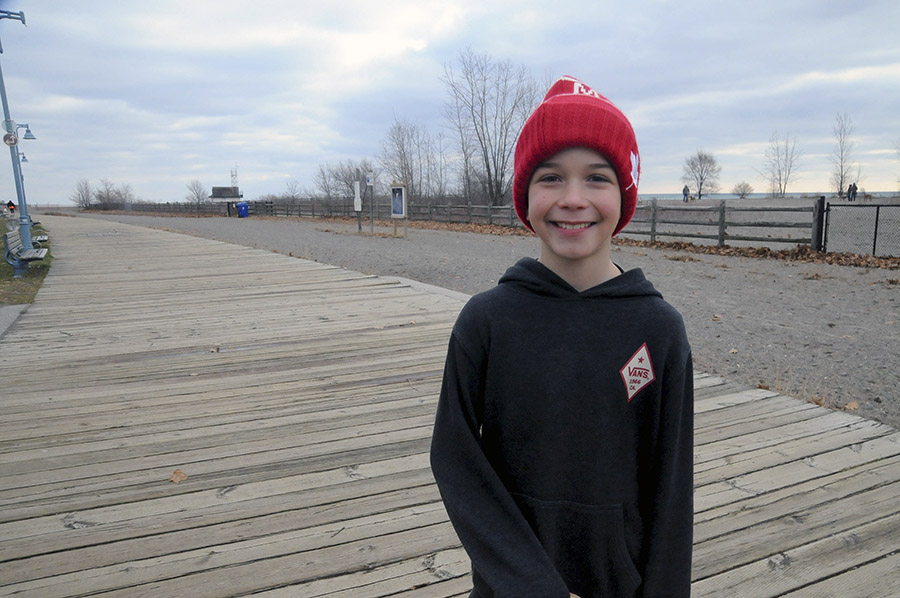 Eleven-year-old painter Evan Benson has spent almost three years – nearly a quarter of his life – preparing for his first art show, on now at Mercury Espresso Bar at 915 Queen St. E. through the month of December.

The Williamson Road student began honing his artistic chops early after sitting in on an adult painting class with his grandmother at the age of six. After studying with “the grannies” as his family calls them, he joined a class with students his own age.

How was it? “Boring,” he laughs, adding that he had already learned much of what was being taught.

Thankfully, his teacher let him finish his second semester with the adults, painting watercolours, still lifes and “lots of boats” beside his grandmother – the artist he says he looks up to most.

Now, Benson works mostly from his mom’s house in the living room, but has studio days with his family friend Shari Lee Hollis. She helped him put together this show, full of big, bold, bright pieces, by sifting through his large body of work and helping him decide on titles.

He has a few favourites.

“The big eye one is pretty cool. There’s this one with a flower that’s kind of abstract, I like that one too,” he said.

And more work is coming. His family recently took a trip to Africa, and he is looking forward to putting together a collection based on the photographs from the trip.

As for this show, “I just hope people like it,” he said.

A selection of Benson’s artwork: